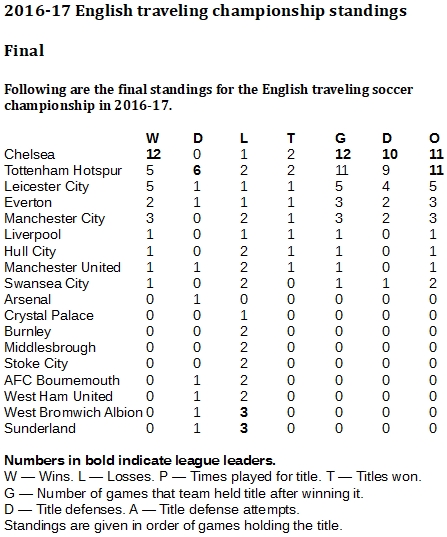 Chelsea finished the 2016-17 regular season with an explosion of scoring to clinch season honors for the English traveling soccer championship on the last day.

The Blues scored nine goals in their last two games, when merely a couple of draws would have secured the title, defeating Watford, 4-3, and Sunderland, 5-1, both at home.

With those wins to end the season, Chelsea held the championship for 12 games with a 12-0-1 record and will take it into the 2017-18 season. Tottenham Hotspur, the leader before Chelsea claimed the title with a 3-0 win at Everton, finished with 11 games of title holding. However, the Spurs won only five of those games, drawing the other six. 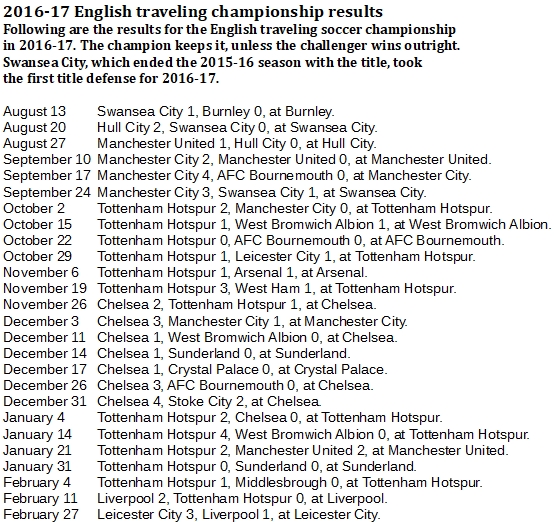