León won two championships and defended them a combined 10 times to beat out UANL as Team of the Year for the Mexican traveling soccer championship in 2016-17. 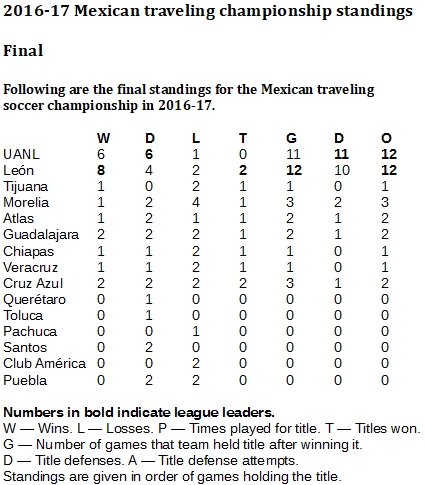 UANL and León dominated the apertura portion of the Mexican soccer calendar in 2016-17, finishing the season as the clear top two teams in the country's traveling championship.

UANL carried the title into the season and ripped through the gate with 11 title defenses, including six victories. León took the prize from UANL with a 1-0 win at home on Oct. 1, then defended the title six times with four victories.

Given a chance to retrieve the prize, UANL failed in a 0-0 draw at Cruz Azul on March 18. But León succeeded with its second chance, a 4-0 win at Veracruz on April 8. Following that, León defended the championship four times with two victories.

In the end, León was just a little bit better that UANL for Team of the Year. León won the title twice, compared with UANL's carry-in with 11 title defenses. León defended its two titles a combined 10 times for 12 games of title holding, one more than UANL. 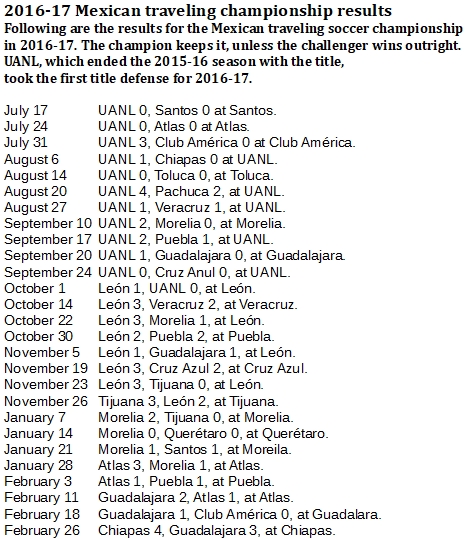