The traveling championship across the entire men's college basketball season entered the Big Ten in a big way as 2017-18 progressed, giving one of its number a chance, perhaps, to challenge Villanova and North Carolina on top of the all-time standings.

The contender thusly emerging was Michigan State, which swiped the title from North Carolina in a 63-45 drubbing in Portland on Nov. 26. The Spartans carried the prize for 11 straight games, finally dropping an 80-64 decision at Ohio State on Jan. 7.

However, the Spartans regained the title with a 76-68 homecourt win against Penn State on Jan. 31 and held it for another total of nine game before finally falling, 76-64, to Michigan in the Big Ten Tournament semifinals. Michigan then held the title for seven straight games before losing the NCAA Championship Game, 79-62, to Villanova.

Villanova and North Carolina were the only teams to win full-season traveling championship games in all three years of the competition through 2017-18. With its win against Michigan, Villanova boosted its all-time win total to 25, leading all teams.

North Carolina, which began the season with the prize as last year's national champion, held it for five games, bringing its all-time win total to 23, second on the list. The third-place team now is Michigan State with 20 wins.

Who is contending, of course, has quite a lot to do with which conference has a team with the prize when conference play begins. North Carolina gained 17 of its wins in 2015-16, when the prize was in the Atlantic Coast Conference. But Villanova won the national championship from Carolina that year, and took the traveler to the Big East 2016-17, when it claimed 23 of its victories. 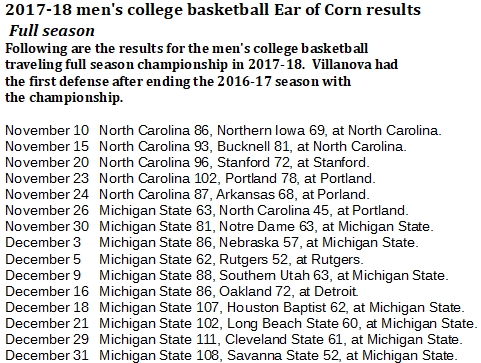 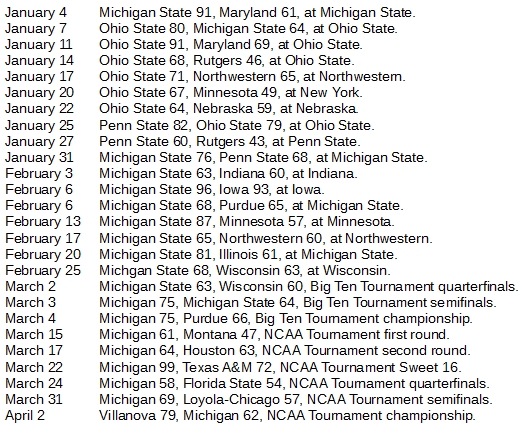