Toronto had one good title defense of eight games. Because no other team won more than three games for the North American traveling championship, Toronto was easily the Team of the Year. 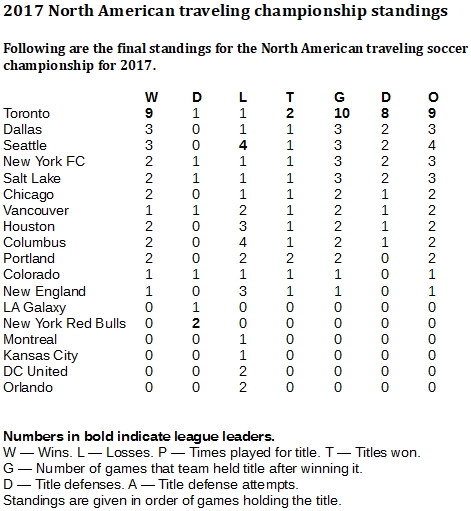 Toronto took one good run with the North American traveling soccer championship in 2017. For a year in which the title got around a bit, that was good enough.

In 34 games traveling title games during the season, the championship changed hands 14 times, with 12 teams winning it. But for three solid months, from April 21 to July 22, Toronto held the prize tightly. Its eight-game title defense included seven victories. No other team won more than three traveling championship games for the whole season.

As if to seal the deal, Toronto regained the title with a 2-0 win against Seattle for the MLS Cup on Dec. 9. 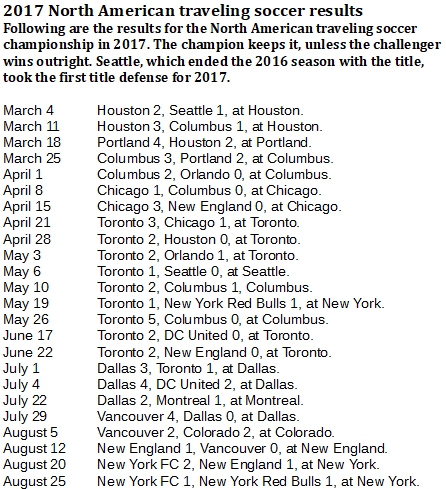