Barcelona takes world travel lead, but it's Real Madrid at the end

The first world traveling soccer championship began with a long run for Barcelona, but Real Madrid captured the prize at the end. In between, the world championship took a brief tour de France. 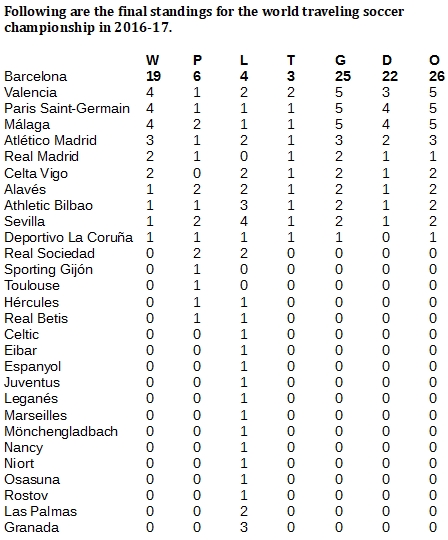 The one rivalry in soccer that reaches across its country, its continent and the world is the ongoing Spanish duel between Barcelona and Real Madrid.

Despite losing the world championship in the end, Barcelona put together an excellent season in this competition and clearly finished on top of the first standings. Not only did Barça start out as the caretaker for winning the Club World Cup in 2015, but it then won three championships outright.

Barcelona ended the season with 25 games of championship, five times as many as any other club. Along the way, it defended the title against a club from Scotland (Celtic) and a club from Germany (Borussia Mönchengladbach). Barcelona finally lost the trophy internationally with a 4-1 loss at Paris Saint-German on Feb. 14, but won it back from PSG with a 6-1 win at home on March 8.

Four other Spanish squads kicked the prize around for the next two months, until Real Madrid won it for the first time with a 2-0 win at Málaga on May 21, then held on with a 4-1 win in the Champions League Final against Juventus at Cardiff on June 3. 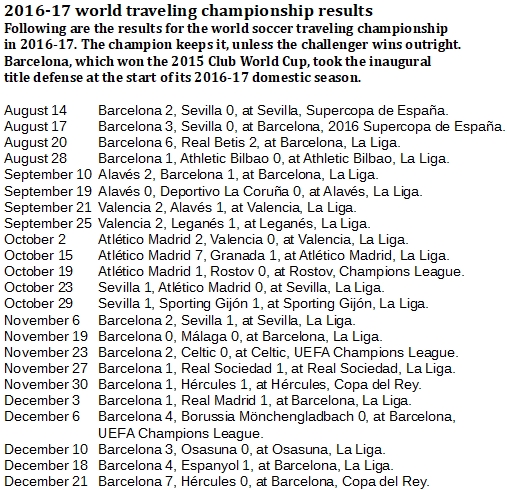 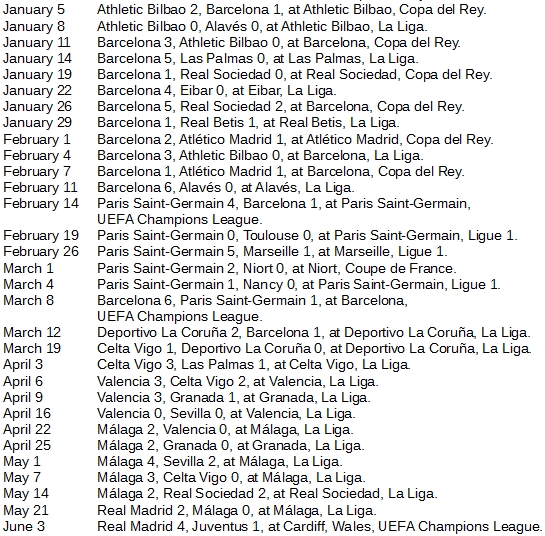