Costa del Este, a second-division Panamanian club, finished with more wins in the North American traveling championship than any other in 2016-17, its first run. 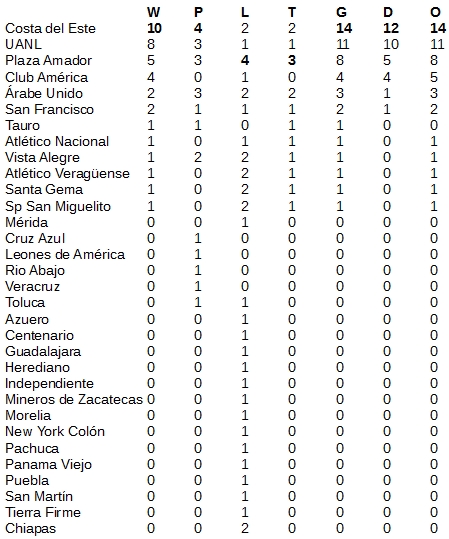 The main reason for doing it that way is to keep continental and national championships from sticking together too much. But an even better reason is that it is worth the curiosity to see where the titles end up.

A case in point is the North American traveling championship, which also includes Central America and the Caribbean by FIFA geography. Of all these nations, none has a more accomplished club league than Mexico's Liga MX.

But it didn't play out that way in the first running of this title for the 2016-17 season. It didn't even turn out that the title spent most of the season in the top league in Panama. In fact, the prize spent Oct. 19 to March 8 in Panama's second division, the Ascenso Panameña.

Thus, an Ascenso club, Costa del Este, won this title for the season, finishing with 14 games of title. The second place club, UANL of Liga MX, had 11 games of title, followed by eight games for Plaza Amador of Liga Panameña.

UANL was in a strong position, already sitting on 11 when it went to Plaza Amador for a Champions League meeting. But Plaza Amador won that one and held the title for three more games before losing, 1-0, at Costa del Este, in the Copa Panamá. Costa finally dropped the title to the nation's top league on March 8 with a 2-1 home loss against Santa Gema in the Copa Panamá.

Plaza Amador, which led all clubs during the year with three championships, won two of them after the prize returned to Liga Panameña in early March. But the team that finished the season with the championship was Tauro, which claimed it on the final day with a 1-0 home win against Árabe Unido. 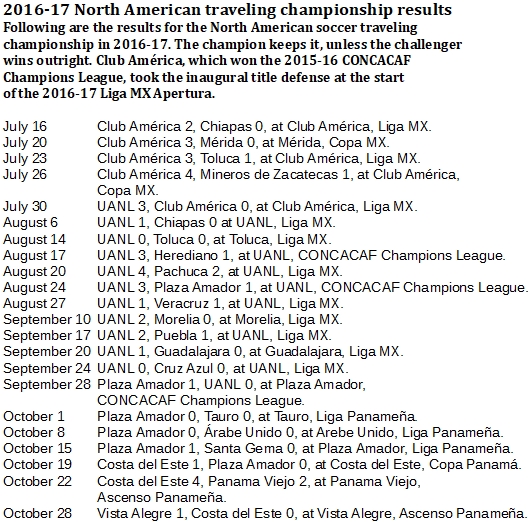 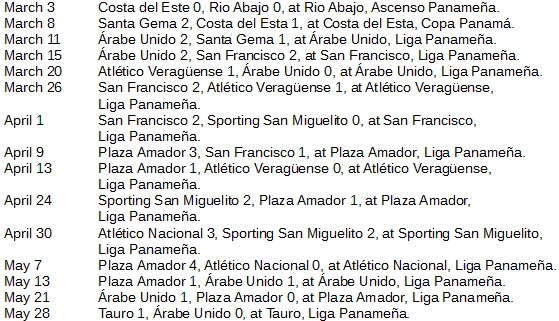