Real Madrid held onto the caretaker role with the first European traveling soccer championship for 27 games, then won one outright for the best season of the year. But Barcelona held the title going to 2017-18. 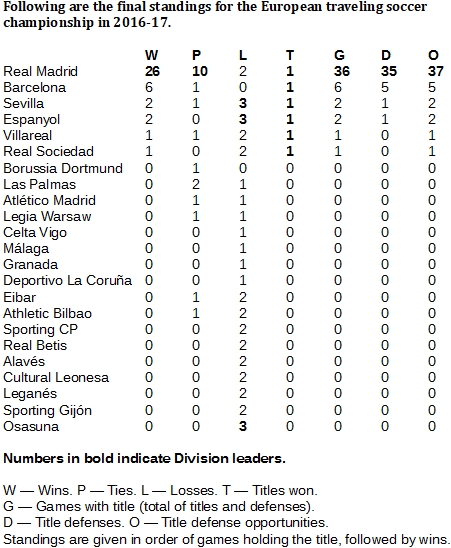 Real Madrid began the 2016-17 with the inaugural European traveling championship for winning the UEFA Champions League in 2016 and tore off 27 games of title defense. That was well more than enough to claim the traveling title for the season.

The Madrid side finally relinquished the championship on Jan. 15 with a 2-1 La Liga loss at Sevilla, three days after a 3-3 draw against the same opponent in the same location in the Copa del Rey. Included in that run of defenses was a 1-1 draw at Barcelona on Dec. 3, as Real Madrid put the European title on the line and Barcelona put up the world title. Neither changed hands with that result.

After Real Madrid lost the caretaker title, four Spanish clubs kicked it around for a few weeks before Los Blancos won it back in a 3-2 decision at Villareal on Feb. 26. Eight title defenses ensued before Real met Barcelona again on April 23 in Madrid with only the home side's continental title on the line. Barcelona snagged it with a 3-2 win. Barcelona won out to finish its La Liga season and carried the European championship into the 2017-18 season. 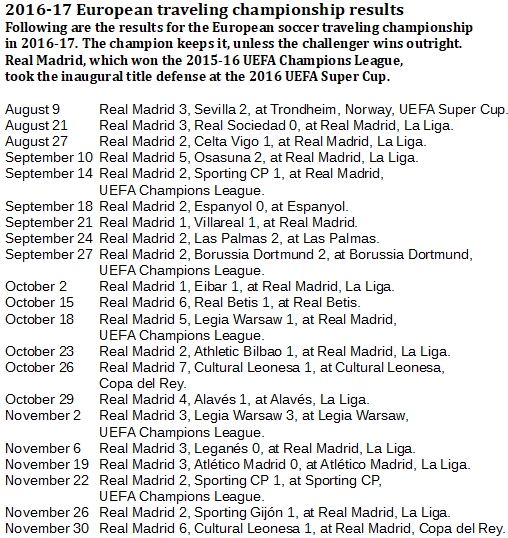 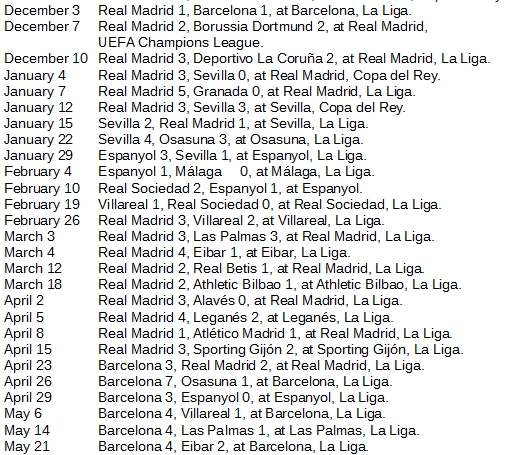