The first South American traveling soccer championship began with River Plate and it stayed there for a long time. But it ended in Venezuela. 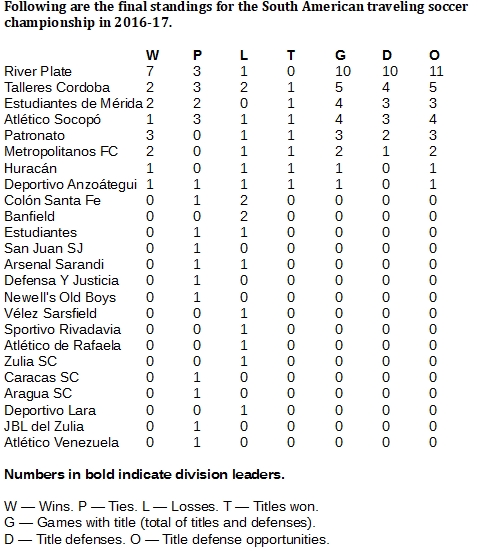 The first year of the South American traveling soccer championship belonged to caretaking River Plate, which secured the designation by winning the 2015 Copa Libertadores, then began its 2016-17 season with ten straight defenses.

No one could catch River Plate, at least in part because the title took a big left turn in the Copa Sudamericana. First, on Dec. 17, Huracán halted a surging Talleres Cordoba team's fifth title defense in the Argentine Primera División. After that, Huracán played four friendly matches in January and four more in February, but nothing that counted until March 2, when it ventured into Venezuela to play Deportivo Anzoátegui in the Copa Sudamericana.

Deportivo Anzoátegui's easy 3-0 win moved the South American traveling championship into Venezuela for the rest of the season, which amounted to 10 games. Four different clubs from Liga Venezolana won the title, with Atlético Socopó and Estudiantes de Mérida each holding it for four games to end the season. 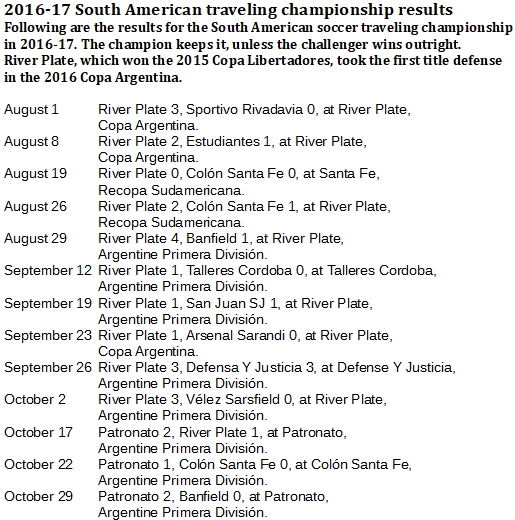 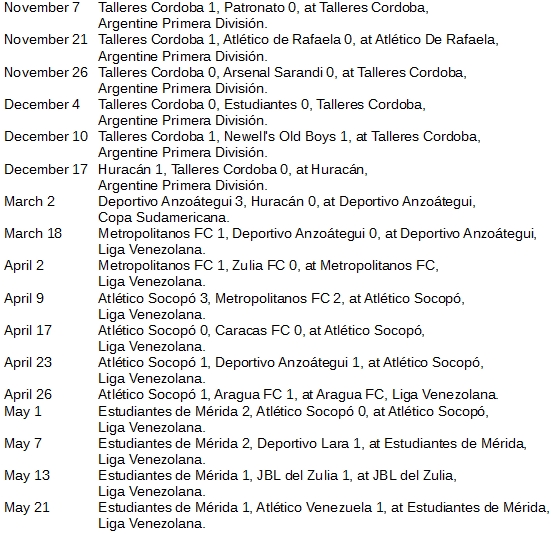