The 2017 African traveling soccer championship, which lasted only 16 games, went through seven clubs without leaving South Africa. At the end, the title belonged to the Free State Stars. 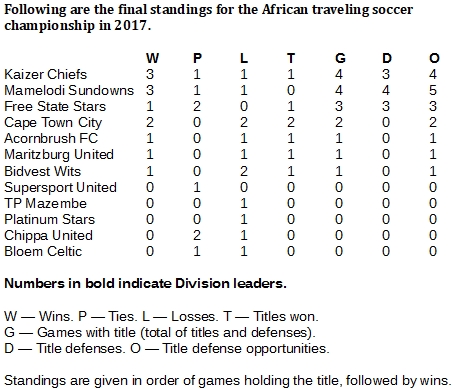 The traveling soccer championship across Africa began with a short season in 2017. We must start somewhere, and many of the African top leagues begin their seasons at different times.

To ensure as much uniformity as possible, the decision was made to follow an August-July calendar as much as possible. But we also wanted to begin the African traveling championship with an international game, live with a short first season and pick it up full in 2017-18.

Thus, when the Mamelodi Sundowns won the Champions League in 2015-16, it was set to debut the title in the 2017 African Super Cup against a Congan club, TP Mazembe, which had won the second tier continental title, the Confederations Cup.

Mamelodi won that game and ran off three more defenses. But the Sundowns finished no better than the Kaizer Chiefs, who also had four games of title and an actual title (as opposed to Mamelodi's caretaker title).

At the end of the 16-game slate, seven teams made title defenses. But the title never left the South African Premier Division. The season ended with the Free State Stars holding the championship. 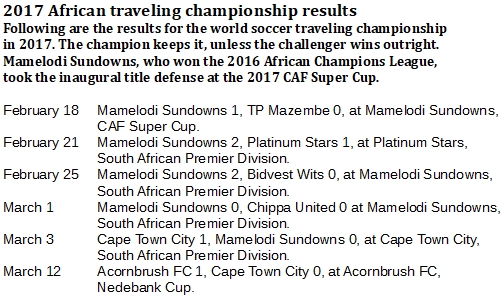 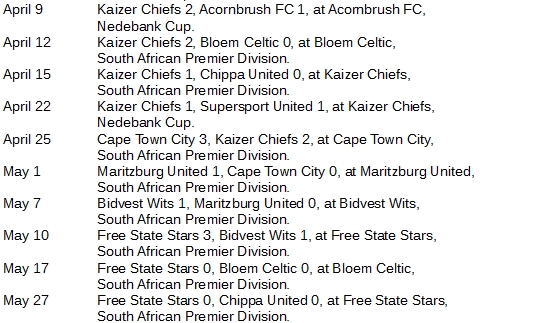