Aldosivi didn't survive the 2016-17 Primera División without relegation, and it didn't finish the year with the Argentine traveling title, either. But Aldosivi did hold that title for the most games. 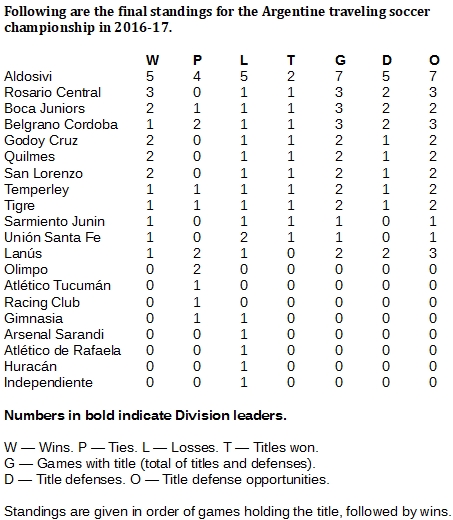 The first edition of the Argentine traveling soccer championship spoke somewhat to the even competition across the Primera División.

The team that finished on top of these standings ended the season on the bottom of the league standings. Aldosivi won only five games, all of them with the traveling title on the line. Aldosivi also was the only club to win the traveling title twice, quite a trick considering that 11 other teams mounted title defenses during the 30-game campaign.

Boca Juniors, which ended up winning the league, also ended the season with the traveling championship. After taking the prize with a 4-0 win at Aldosivi on June 17, Juniors held it for two more games through the end of the season, taking it into the 2017-18 campaign. 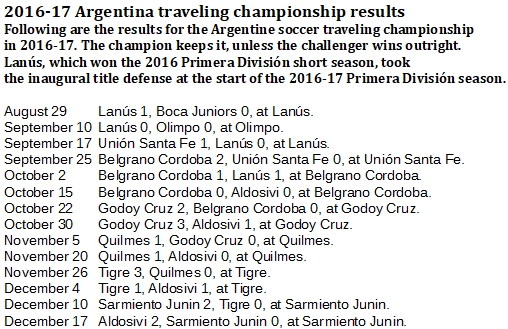 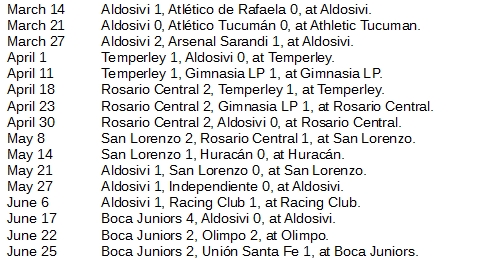