Barcelona lost the European traveling soccer championship to Real Madrid starting 2017-18, but took it back later and kept it for long enough to gain slightly on its rivals in the all-time standings. And Barça might even be ahead, depending on how we keep score. 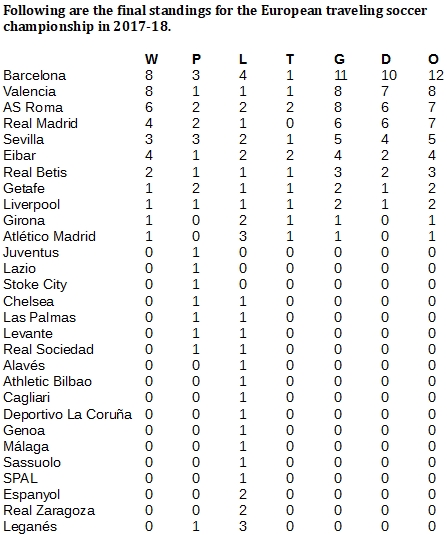 Very little. It happened that the season began with the European titlist, Barcelona, taking on the world champ, Real Madrid, in the Supercopa de España. Short of two draws, the championships were going to be unified.

Real Madrid won both games decisively, and, thus took the European title on the same path that the world title was taking. Both paths ended the season with AS Roma.

Although Real Madrid unified the championships, Barcelona gained on the Madrid side in both competitions. Barcelona picked up both titles in mid-February and held them for 11 games, the best showing of the year across Europe and the world.

Real Madrid remains the all-time leader in Europe with 42 games of championship, compared with 17 for second-place Barcelona. That's even after Barcelona out-gamed Read Madrid 11 to six in 2017-18.

Of course, 27 of those wins for Real Madrid were in the caretaker role to begin the championship. Real Madrid absolutely was a legitimate caretaker and proved it by defending that provisional title 27 times. But if we date it back to when the first championship actually was won on the field, then Barcelona has a 17-15 lead all-time in games of championship. 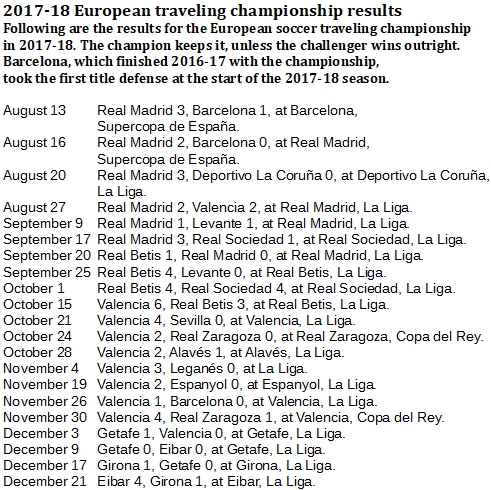 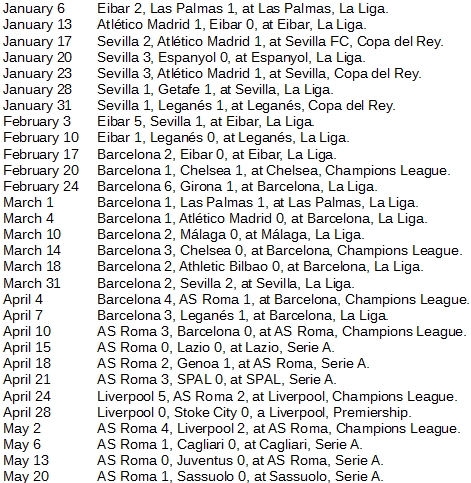