The St. Louis Cardinals, who once could not lose the traveling championship among the National League clubs, finally have an undisputed crown across the big leagues after a strong finish to their 2018 season. 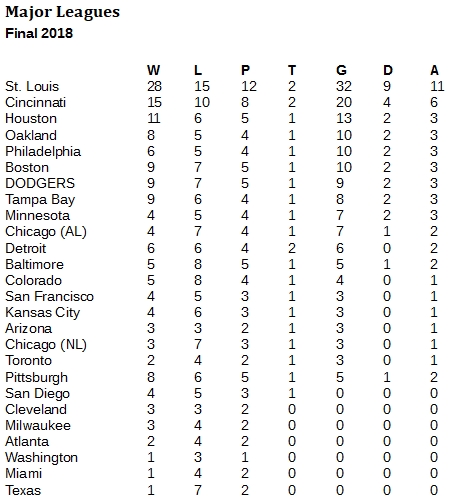 The St. Louis Cardinals dominated the early years of the National League traveling championship, topping the standings in each of its first five seasons. But their laurels in the traveling title across all of baseball have been limited to a disputed decision over the Boston Red Sox in 2013.

The Cardinals finally won the big league traveler, decisively, in 2018, with a title run that consumed all of August. The Cards knocked the Cincinnati Reds off the top position long before Cincinnati thwarted their ninth defense attempt Aug. 31-Sept. 2 in St. Louis by winning two of three.

The Reds still could have caught the Cardinals with four or five defenses, but they couldn't even start the first one, losing a three-game sweep to the Pittsburgh Pirates Sept. 3-5 in Pittsburgh. The Cardinals finished with 32 games of title defense, compared with 20 for the Reds. The Cardinals were 28-15 in title games, well ahead of the second-place Reds at 15-10.

The title had spent all but 10 days in the American League when the Reds put a two-game sweep on the Detroit Tigers in Cincinnati June 19-20. The Reds succeeded with three title defenses before dropping two of three to the Chicago Cubs at Wrigley Field July 6-8. 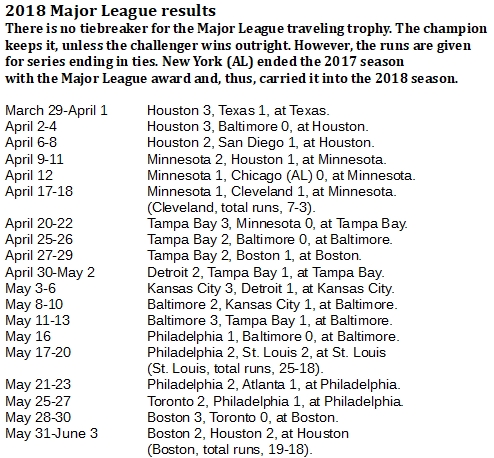 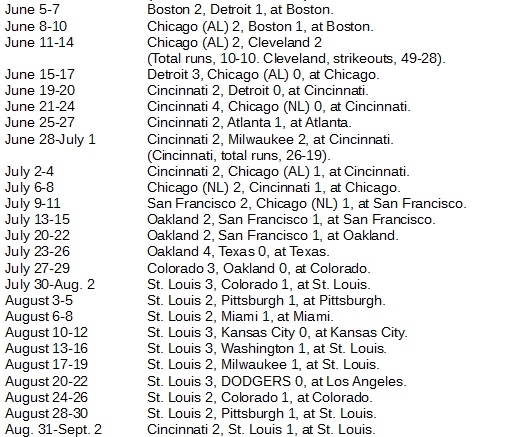