Herediano of Costa Rica dominated the Northern American traveling soccer championship in 2017-18. The title began the year in Panama. 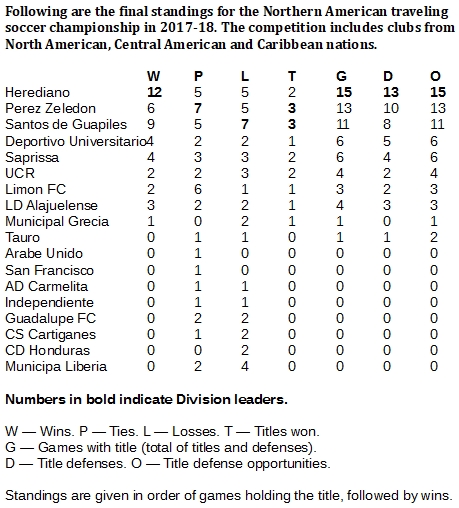 It's always a good time to clear up confusion. So, one confusion on these pages is worthy of attention.

From now on, then, we shall call this championship that includes North America, Central America and the Carribean the "Northern American" championship, while the championships including only the major league clubs in the United States and Canada shall be called "North American."

As the brief history of this championship has shown, the action in the Northern American championship isn't in North America. Two years into this traveling title, about three-quarters of its history has taken place in Central America.

The championship stayed in Costa Rica for the rest of the season, where Herediano distinguished itself as the best team all season for this title. Herediano won two champions and defended them 13 times in 15 tries. Santos de Guapiles and Perez Zeledon each won three titles. But Herediano outdistanced both of those clubs with 12 wins, to go with five draws.

LD Alajuelense snagged the title from Herediano at the start of May and held on to it for three defenses to finish out the season. 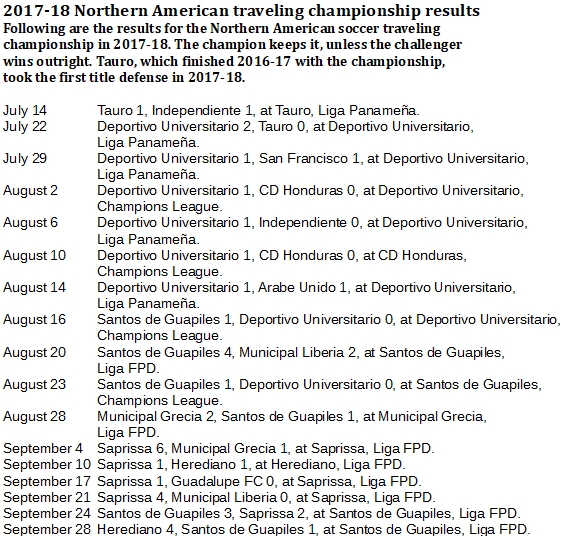 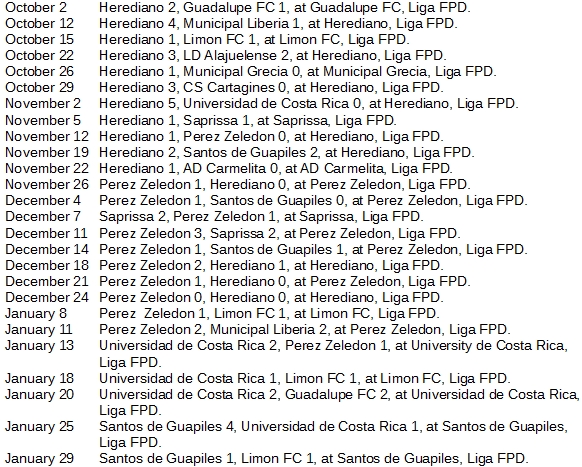 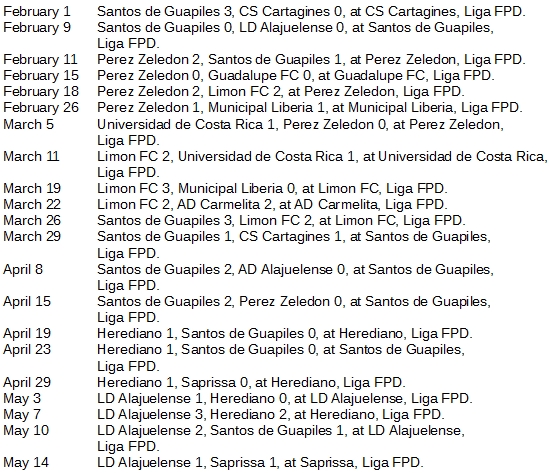