The North Carolina Courage didn't win every game during the first run through the United States women's soccer traveling title. But only two other teams managed to win a game for the whole year. 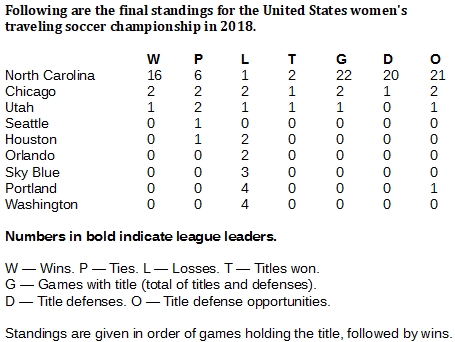 The United States women's traveling soccer championship, inaugurated in 2018, played out with a dominant champion.

The Portland Thorns began the season holding the title after winning the Women's National Soccer League championship in 2017. But the Thorns began their 2018 season with a defense against the North Carolina Courage.

The Courage won that game and dominated for the remainder of the season. Of 25 games played for this championship in 2018, North Carolina held the championship for 22 of them. 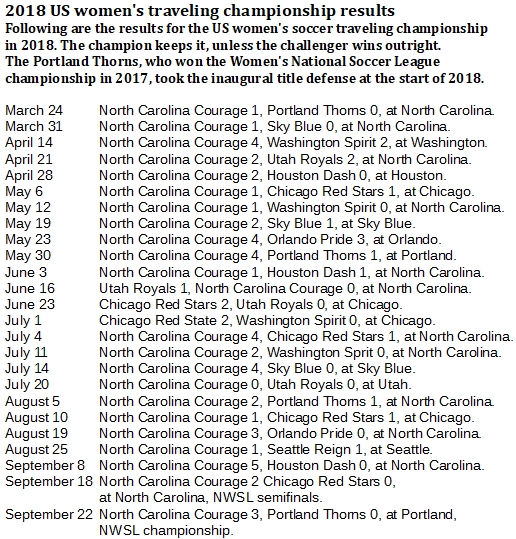