The top of the all-time soccer traveling championship table in Argentina looks a little more as expected after Huracán and Boca Juniors posted strong numbers in 2017-18. 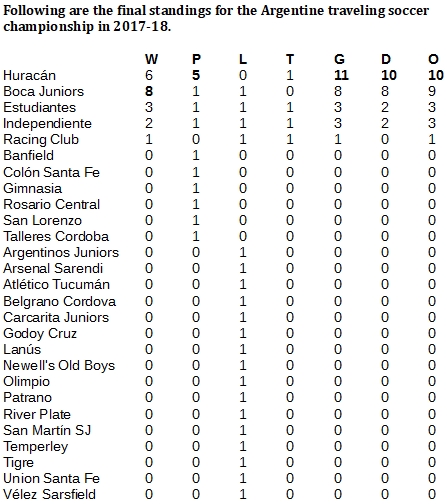 The Argentine traveling soccer championship already has a race going two years into the competition.

The first year, of course, came off freakishly. Aldosivi finished at the very bottom of a 30-club table in the 2016-17 Primera División, but had a much better year with the traveling championship than anyone else. Aldosivi led everyone with two championships and five defenses in seven tries.

Somehow, having the last-place team out of the way opened this chase to two of the nation's most reliable clubs, Huracán and Boca Juniors. Huracán led the way in 2017-18 with 11 games of championship. Five of those were draws, but all of them came at the tail end of the season, meaning Huracán will carry the title to 2018-19.

Boca Juniors finished 2017-18 with eight games of championship and now is tied at the top of the all-time standings with Huracán at 11. 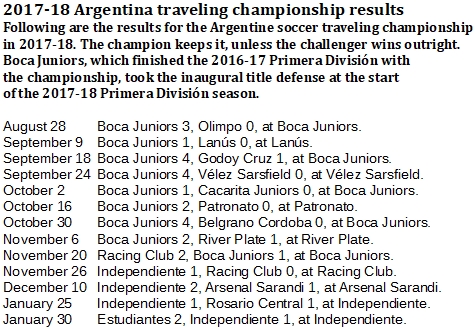