No team dominates in even South American traveling chase

The South American traveling soccer championship spent 2017-18 in Venezuela and Argentina. But no team from either country matched River Plate's performance at the start of 2016-17. 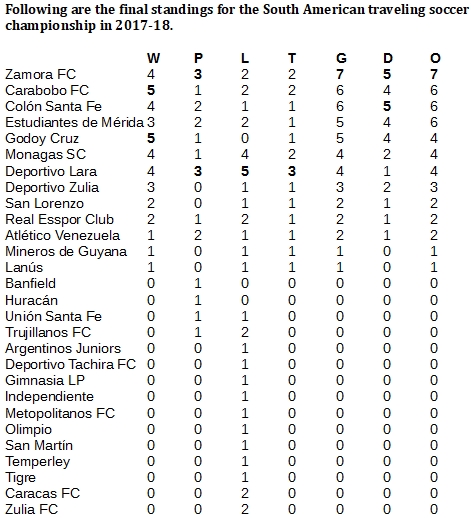 The South American traveling soccer championship spent most of the 2017-18 season in Venezuela before returning in February to Argentina, where it began in 2016-17.

The title moved back to Argentina when Colón Santa Fe defeated Zamora FC, 2-1, at Zamora in the Copa Sudamerica on Feb. 14. The prize had moved from Argentina to Venezuela the previous March 2, when Deportivo Anzoátegui snatched it at home from Huracán in a 3-0 stomp during the Copa Sudamerica.

In the year that the prize roamed through Venezuela, it changed hands 19 times and passed through 12 different teams. Deportivo Lara won it three times and four other clubs held it twice.

The most successful of them was Estudiantes de Mérida, which racked up nine games of championship – four at the end of 2016-17 and five more in 2017-18. Lara completed only one title defense in four attempts, while Estudiantes during two seasons was seven for nine in title defenses.

But Estudiantes didn't catch the Argentinian side River Plate, which began this championship in 2016-17 with 10 games of title defense as the caretaker and still hasn't been caught. 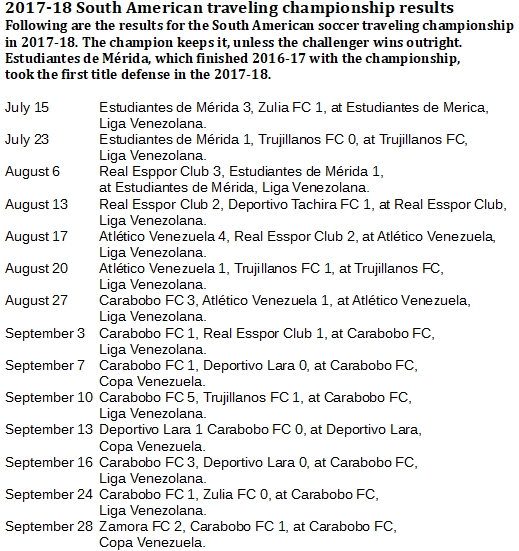 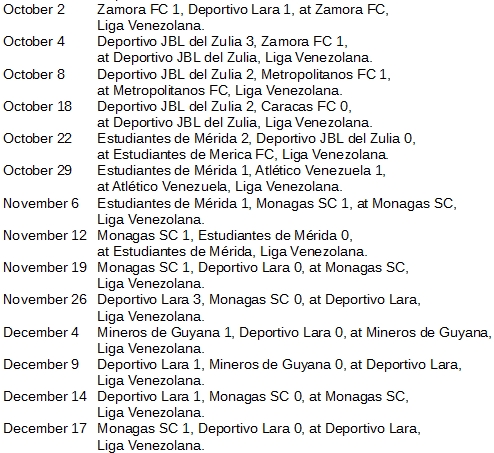 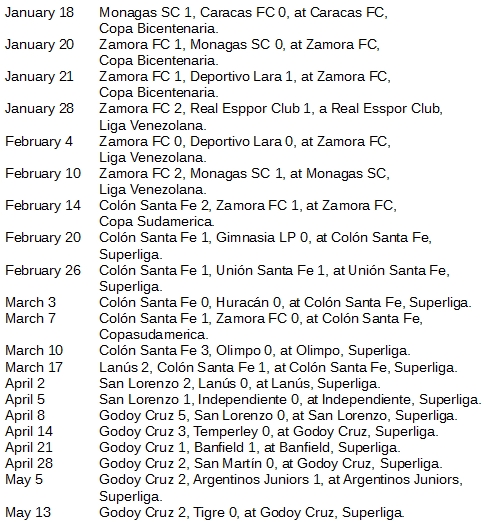