FC Porto took firm control of the Portuguese traveling soccer championship in its 2017-18 debut. Porto held the title for 16 games, 11 more than anyone else. 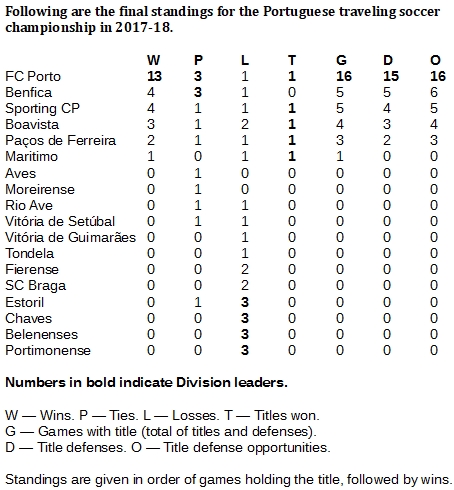 We began the Portuguese traveling soccer championship with Benfica, which is one of the traditional powers, and ended it with Maritimo, which is not.

In between, the big winner was FC Porto, which dominated this race with 16 games of championship out of 34 games played.

Porto captured the championship with a 3-0 win at Boavista on Oct. 28 and didn't let go of it until March 2, when it fell, 1-0, at Paços de Ferreira. In the 16 games encompassing Porto's championship and 15 defenses, it outscored the opposition, 46-9.

Benfica, which won the Premeira Liga in 2016-17, was granted caretaking and held on for five defenses. Sporting CP finished tied with Benfica for second on this table with five games of championship.

Porto, Benfica and Sporting CP also finished in that order on top of the domestic league standings in 2017-18. 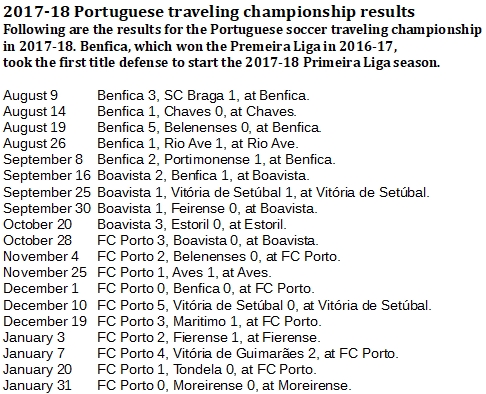 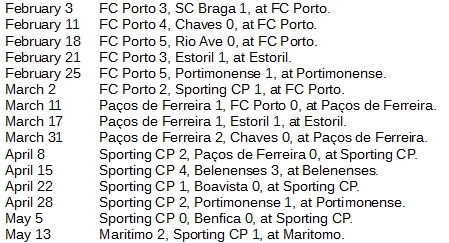