The Tampa Bay Rays aren't saying a lot for their 2018 season, but their strong September run against playoff clubs put them ahead of the rest of the American League in the traveling championship. 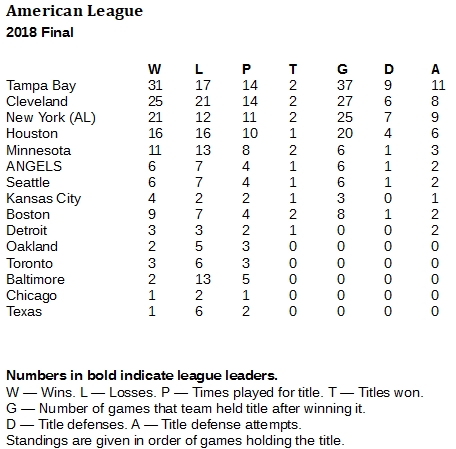 The Tampa Bay Rays were going nowhere when the Boston Red Sox dropped into St. Petersburg on Aug. 24 with the American League traveling championship in hand. The Rays were 67-61 overall, which could happen to any club on a steady diet of the Boston Red Sox and New York Yankees.

The Rays were nine games behind the nearest playoff spot and 22½ games out of first place in the American League East. And they somehow salvaged something from their season.

The Rays are the Team of the Year in the AL traveling championship in 2018 for their 20-9 late to a 31-17 record for the season, which included 37 games of title defense. The Rays tied four other teams for the league lead with two championships, but the Rays came out on top in wins games of defense.

The Rays took the prize with a three-game sweep when the Reds Sox went to their dome, then they produced seven straight defenses. Counting the win against the Red Sox, four of the first five series in this title defense came against teams that would be in the playoffs. As they continued their streak, the Rays surpassed the New York Yankees, Cleveland Indians and the Houston Astros on their path to the top of the traveling championship standings. 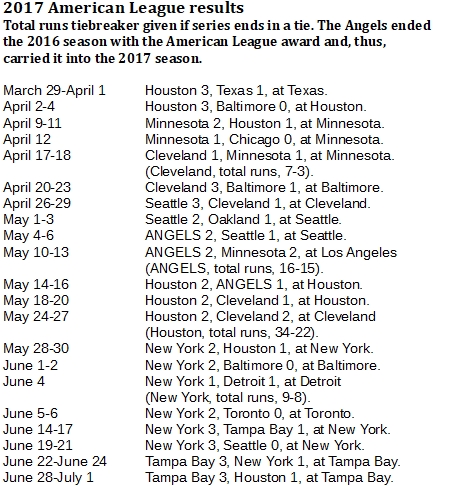 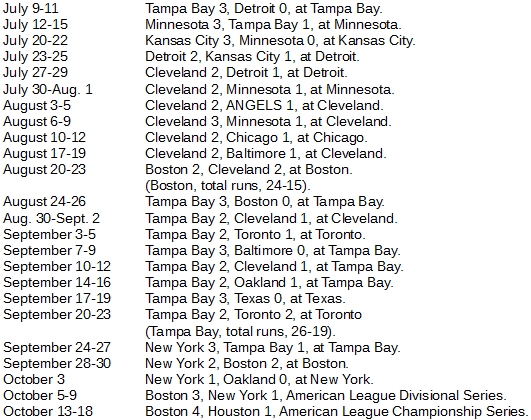