The Asian traveling soccer championship passed through South Korean and Japan in 2017-18 before ending the season in the Chinese Super League. 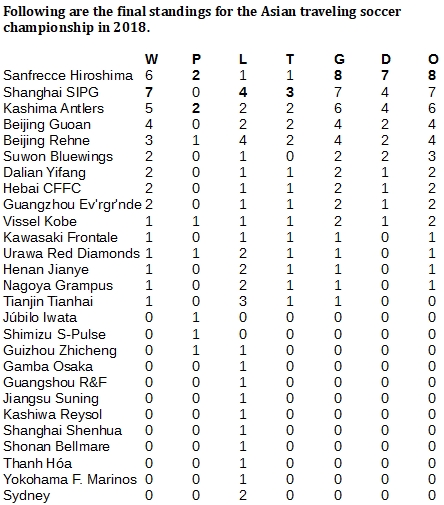 Unlike the first season of the Asian traveling soccer championship, the 2018 version actually did travel.

We began with a South Korean club, Suwon Bluewings, bringing the title into 2018, which was to begin with the Asian Champions League. Suwon held on in a Champions League playoff round against Thanh Hoa, a Vietnamese club, then defeated an Australian side, Sydney.

But the Bluewings couldn't hold on in the group stage against the Japanese stalwart, Kashima Antlers, who moved the prize into the J1 League for two defenses before knocking out a champions league victory against Sydney. Returning to J1, though, Kashima fell to Sanfrecce Hiroshima, beginning the longest title run of the year.

Sanfrecce held on for seven defenses, finishing on top of these standings for the year with eight games of title. Kashima picked up another championship in May, but defended it only once before losing to a Chinese club, Shanghai SIPG, in the champions league.

Shanghai won three championships, most of any team during the season, but finished second to Sanfrecce with eight games of title. Kashima came in third at six. 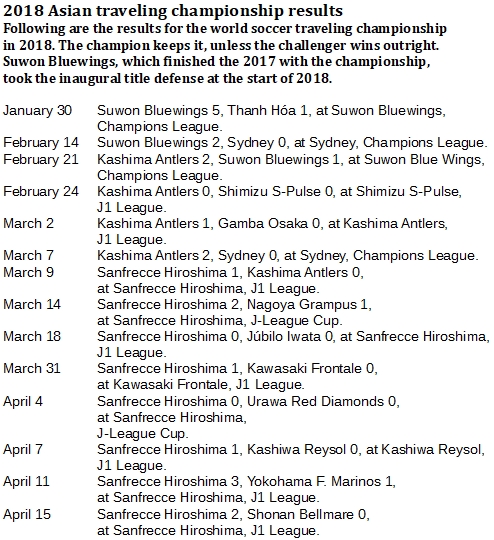 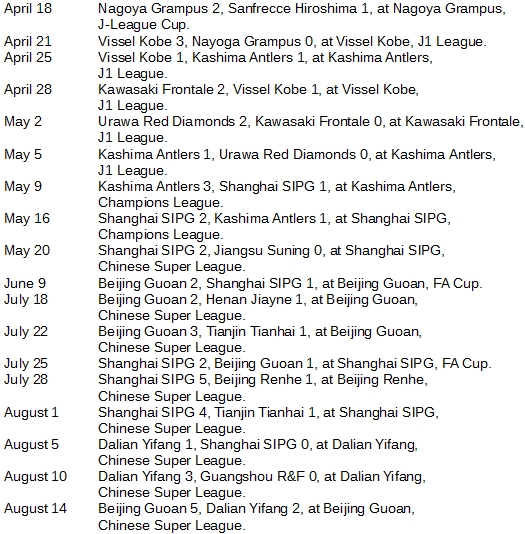 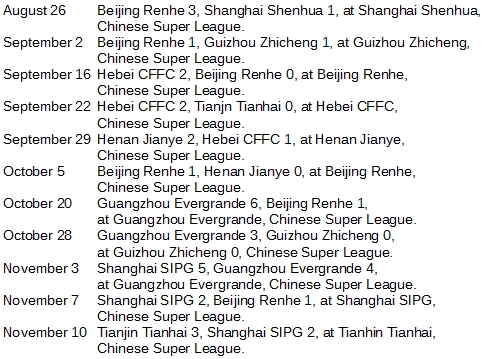