The African traveling soccer championship ended 2017-18 in Mozambique after spending its early days in South Africa. 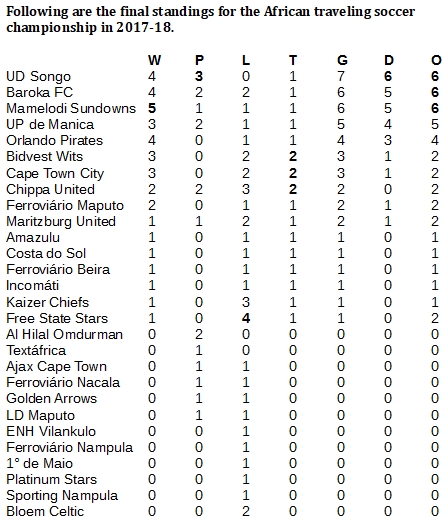 It took a season and a half for the African traveling soccer championship to be pried from South Africa. We'll see now how long it takes to pry it from Mozambique.

The season began with the Free State Stars of Phuthaditjhaba, South Africa, holding the title. It ended with the prize in Mozambique, with a rising operation at UD Songo finishing at the top of the 2017-18 standings.

Songo became the sixth club from the Moçambola to hold the title, starting when Costa do Sol won it from Cape Town City on the road in the CAF Confederation Cup. Songo still held the title at the end of the season with two draws against a Sudanese club, Al-Hilal Omdurman.

Mamelodi Sundowns, the South African club that began as the caretaker champ in 2016-17, added a title in 2017-18 and led the competition with five wins during the year. The Sundowns now have 10 games of championship all-time, the most in Africa, followed by Songo, which amassed seven games of title and still held it entering 2018-19. 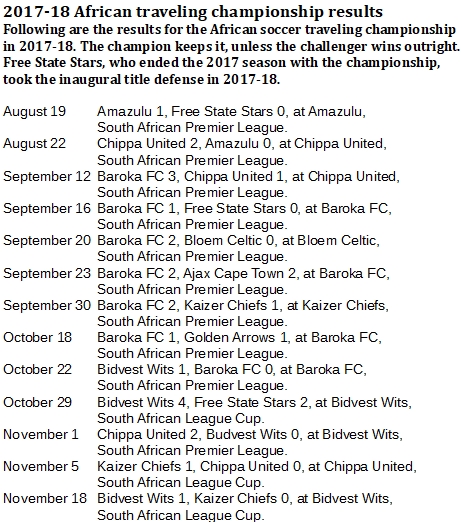 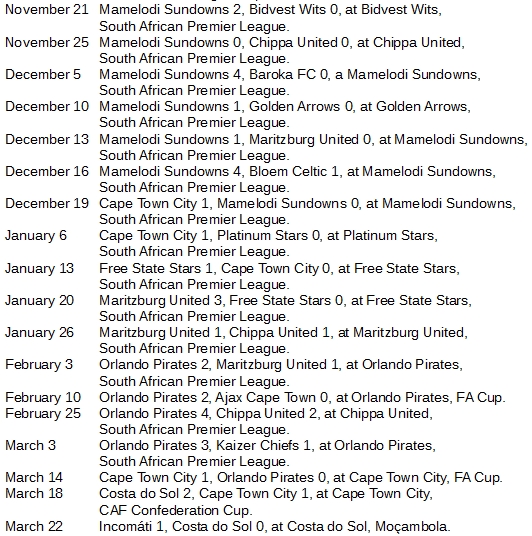 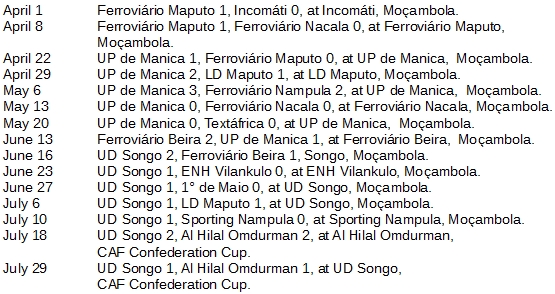