Two years into the Dutch traveling soccer championship, PSV Eindhoven hasn't won a season's honors, but it does lead in the all-time standings. 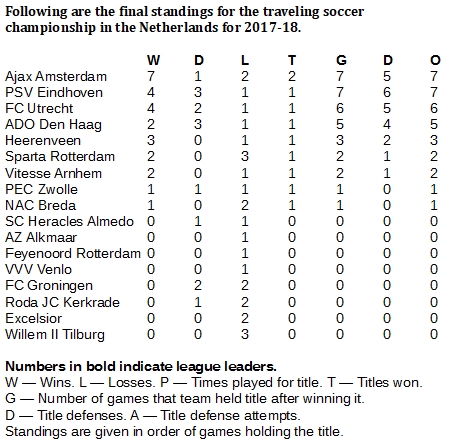 Of the three top soccer clubs in the Netherlands, only PSV Eindhoven has been a factor in both of the first two years playing for the Dutch traveling championship.

In neither year was PSV the best club, but the Eindhoven side is on top of the standings through two years with 20 games of championship after a seven-game output in 2017-18.

PSV wasn't quite as good with its seven games of title as Ajax Amsterdam, which notched seven wins overall with two championships. However, that seven games is all Ajax has through two years.

The second-place team all-time now is Feyenoord Rotterdam, which won the season title in 2016-17 with 16 games of championship, beating out PSV's 13. However, Feyenoord only played for the title once in 2017-18, and lost. 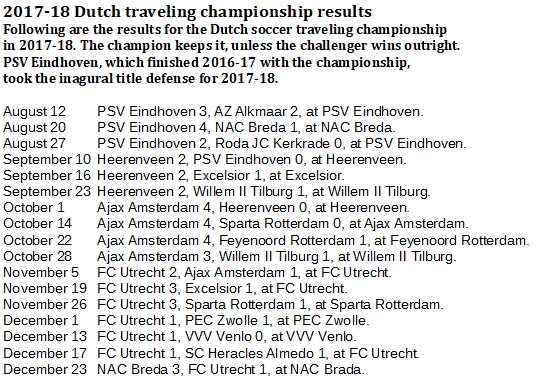 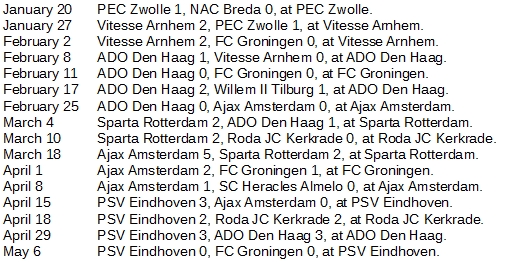