Amid turmoil, AS Roma completes best year in Euro traveler

The 2018-19 season was difficult for AS Roma, which lost a good number of people over it. But AS Roma did come out of it with the best season of anyone in the European traveling championship. 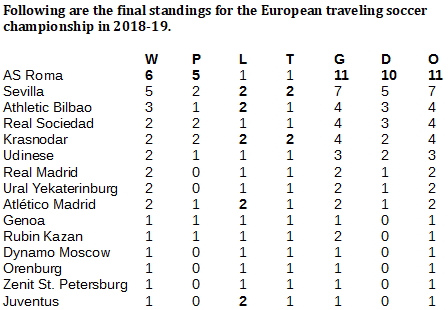 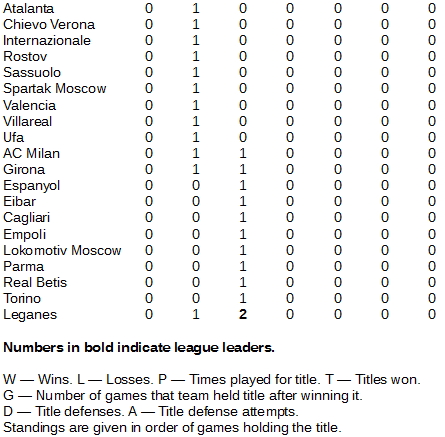 It would seem that there's some tension between the Romans and the Americans where AS Roma is concerned.

The Roman squad endured a difficult year in 2018-19, highlighted by internal disputes. A group of American investors bought the club from a Roman family in 2011, but Roma hasn't won a major trophy since.

For some reason, the Roma management team sold Egyptian power-hitter Mohamed Salah and goaltender Allison to Liverpool at the start of the season. The forward responded with 30 goals for his new club, 22 of them in the Premiership. The goaltender played a key role enabling Liverpool to win the Champions League.

The Romans were eliminated from the Champions League in March and fired their manager. When it ended, Roma finished sixth in Serie A, ticketing the club for qualifying in the Europa League, Europe's secondary competition.

Ending the year, the club decided to not resign one of their greats of all time, Daniele De Rossi, infuriating supporters. Another of the team's all-time greats, Francisco Totti, quit his position with the club's management. Totti, who retired as a player a couple of years ago, complained that the American ownership, led by Chairman James Palotta, wanted "the Romans out of Roma."

Little did any of them know that they were just wrapping up a pretty good 2018-19 season in the European and world traveling championships.

AS Roma took the championships into the season and defended them four times before losing to Real Madrid in the Champions League. The prizes kicked around Spain and Russia for about six months before Juventus carted them back to Italy with a 3-0 win at home against Atlético Madrid in a March 12 Champions League meeting.

A month later, Roma won it again, then defended it six times to complete the season. Roma will take the championship to begin the 2019-20 campaign.

For the year, Roma had 11 games of championship, most of any club in Europe. Sevilla, which has won the championship at least once in all three years of the competition, finished second in 2018-19 with seven games.

Overall, Real Madrid has a commanding lead in the European traveling championship with 44 games. Roma moved to second place with 19 games, followed by Barcelona with 17 and Sevilla with 14. 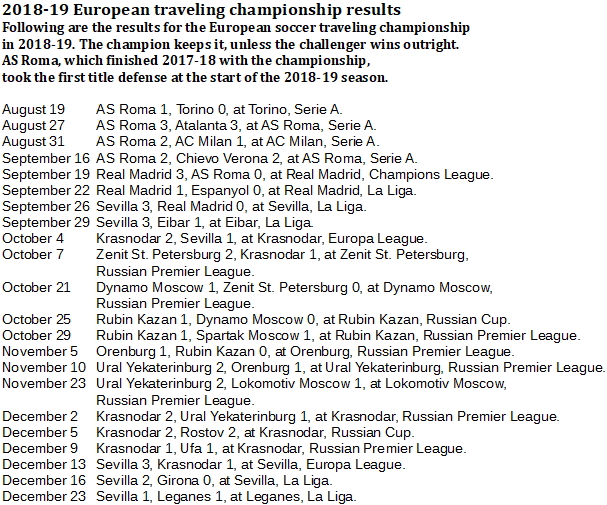 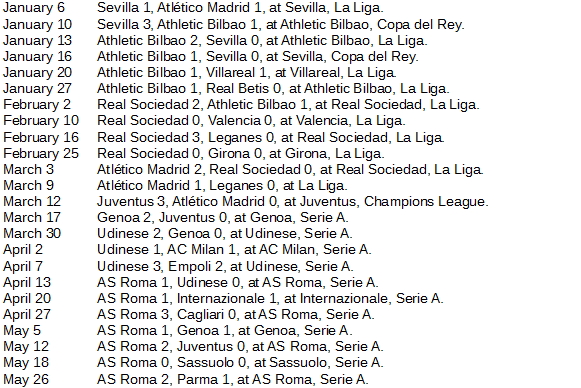