The world and European traveling soccer championships have been stuck together for two years. We thought we might have a solution, but not quite. 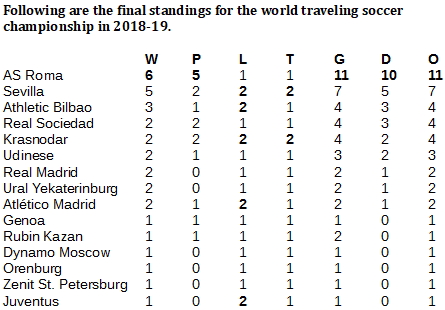 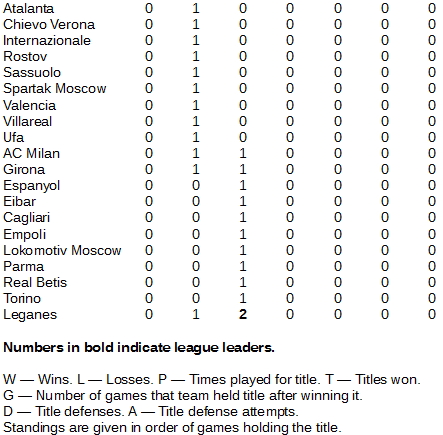 This enterprise began tracking traveling championships across big league baseball in 2011, designating one championship within each of the leagues and another across both leagues. Before long, a problem arose.

It became easy for two of the championships to get stuck together. For example, the National League champion could simultaneously be the interleague champion. Nothing terribly wrong with that, but the more two titles run together, the less interesting it is to run them separately. So, methods are needed to un-stick titles.

The matter arises here because anyone who looks at these standings a little bit will notice that the European and world traveling soccer championships have been stuck together for two solid years through the 2018-19 season.

One problem is that there isn't a lot of international club competition between continents, so we should expect some continent's championship to run with the world championship quite a lot.

It happened that the two clubs were to meet at the very start of the 2017-18 season in the Supercopa de España, as Barca now held the Copa del Rey and Real was to defend its La Liga championship.

Real Madrid united the traveling titles by winning both legs of Supercopa. And they have stayed that way.

So, we look now to the Club World Cup for the chance to unstick the titles, because the world traveling title will be contested in that tournament, but the European title will not. The only way for the world title to enter the Club World Cup is for Liverpool to take it there, as the Reds just won the 2018-19 Champions League and are the European entrant. Each continent gets one.

There is some chance of Liverpool holding the titles when it plays its World Cup opener in Qatar on Dec. 18. The Premiership and Serie A both are well represented in the European competitions, which both are now in the late qualifying rounds.

AS Roma, the team now holding the traveling titles, is entered in the group phase of the secondary tournament, the Europa League, along with Lazio of Serie A. That phase starts on Sept. 19. Another Italian club, Torino, is in qualifying for the same tournament and looks like a good bet to make the final round of group qualifying after a 5-0 first-leg win against the Belorussian squad Shakhtyor Soligorsk.

England has three clubs in the Europa League. Arsenal and Manchester United are entered to the group stage, and Wolverhampton Wanderers won the first leg of their present qualifier 4-0 against the Armenian squad Pyunik. We don't know how these Italian and English clubs will be grouped yet, but a path from AS Roma to Liverpool runs through this tournament, and the group stage will be about done when the club World Cup takes place.

The potential for interplay between England and Italy is even greater in the Champions League, in which each league enters four clubs directly to the group phase, which begins on Sept. 18. The English clubs are Liverpool, Manchester City, Tottenham Hotspur and Chelsea. The Italian clubs are Juventus, Napoli, Inter Milan and Atalanta.

It would be rather surprising if the championships weren't in the hands of one of these clubs and some point in the next few months, and probably several. But we never know. We could end up sending these titles to six countries and it would be fascinating, but the only way to unstick them is to send them with Liverpool to the club World Cup.

In view of the difficulty involved in separating some continent's championship from the world championship, a more-or-less pragmatic decision came from headquarters this spring granting the International Champions Cup (ICC) standing for contesting the world traveling title.

The decision came with some reluctance because the ICC is a series of friendlies in which American promotors bring top European clubs to the states and other locales for preseason exhibition matches. Exhibition matches don't count because they shouldn't.

But that bullet will be bit here because the ICC brings in legitimate top-tier clubs who face off against each other multiple times, the crowds are terrific, and enough of a tendency has been established for teams entering this exhibition at the start of the year to still be standing for the final rounds of the UEFA Champions League. The last three years say that much, anyway.

In 2016, Juventus and Paris Saint-Germain won ICC championships and Real Madrid played in the tournament. At the end of that season, in the 2017 European Champions League, Juventus beat Real Madrid in the finals and PSG made it to the round of 16.

When the 2017 ICC rolled around, Barcelona and Inter Milan won championships, while Real Madrid, Roma and Bayern Munich played in the tournament. At the of that year, in the 2018 Champions League, Real Madrid won it all, but Roma and Bayern both reached the semifinals.

Tottenham Hotspur, which hadn't been a huge player in Europe, won the ICC in 2018. Turned out to not be a freak occurrence, because Hotspur made it to the 2019 Champions League final before losing to Liverpool. Of the eight Champions League quarterfinalists, six -- Hotspur, Liverpool, Manchester City, Manchester United, Juventus and Barcelona -- were in the ICC that preseason. Another seven clubs from that ICC -- Borussia Dortmund, Real Madrid, Atletico Madrid, PSG, Lyon, Bayern and Roma -- reached the Champions League round of 16.

It would be better for our purposes if the promotors would mix in some South American, Asian and African clubs, but what they have here certainly counts for "international" competition. So, it was decided to put the world title on the line in the ICC, but not the European.

It happened that at the end of 2018-19, the team holding the two traveling championships was AS Roma, and Roma was going to enter the ICC in 2019. But anything involving AS Roma is complicated these days.

At the end of a difficult season, Roma was sixth in Serie A, which qualifies for nothing better than a preliminary round entry in the Europa League. On June 12, AS Roma passed along its regrets that it could not compete in the ICC because it now had to deal with Europa preliminary rounds as early as July 23. The ICC was scheduled for July 16-Aug. 10.

The fifth-place team in Serie A, which qualifies directly to the group stage of the Europa League, was AC Milan. UEFA tried to ban AC Milan for two years last summer over spending beyond the prescribed limits from 2015-17. The club fought off the ban temporarily last year by appealing to the Court of Arbitration for Sport, a European quasi-judicial body that ultimately answers to the Federal Supreme Court of Switzerland.

But AC Milan apparently tired of fighting and agreed to a one-year ban if UEFA would quit hounding them. So, on June 19, the club announced that it would sit out the Europa League. And that means AC Roma moves up one spot, to the one occupied by AC Milan, and now goes directly to the group stage.

So, the world traveling could have gone up for good fun in the ICC, but for poor timing. If AC Milan and UEFA could have reached an agreement two weeks earlier, it would have. 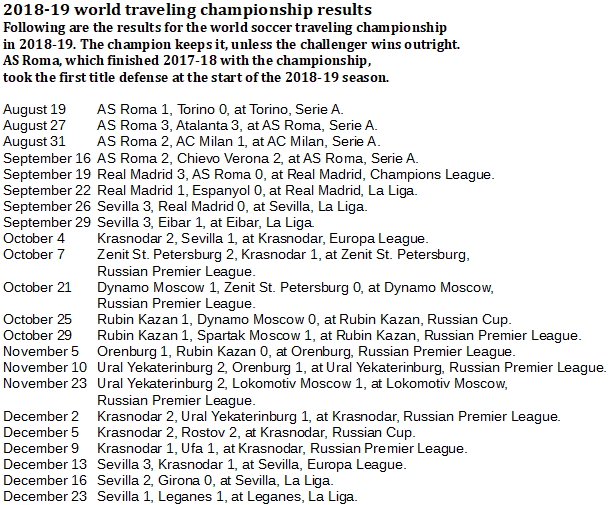 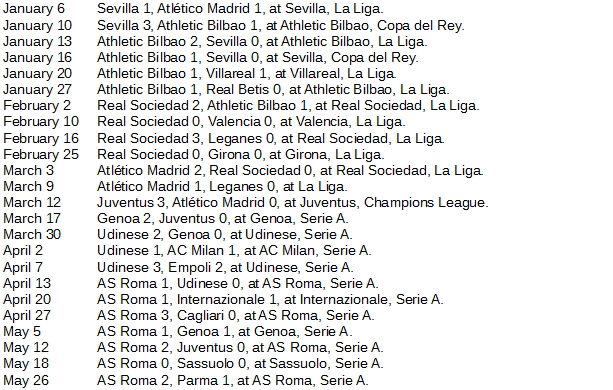