Manchester City set the all-time title streak record for the English traveling soccer championship in 2017-18, moving to the top of the all-time standings through three years. 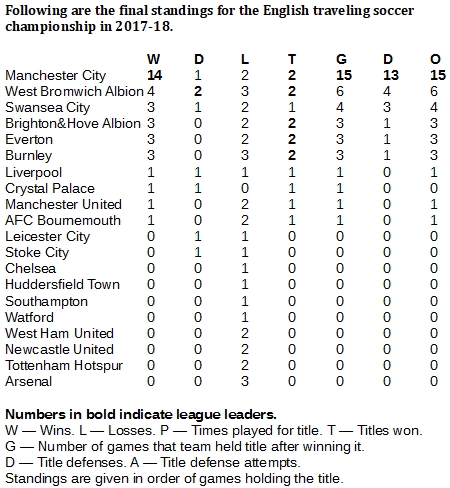 Manchester City went on a record tear through England's top division of soccer in 2017-18, a 16-game streak of championship that not only won the English traveling title for the season, but also put it on top of the all-time standings.

The traveler made quite a few stops through England in its first eight games of the year, during which it belonged to six different clubs. That changed when Manchester City took the crown from Burnley with a 3-0 win at home on Oct. 21. City held the title for 14 games, 13 of them victories.

Liverpool finally took down Manchester City with a 4-3 home win on Jan. 14. But Liverpool couldn't hold on for even another game. Manchester City added a one-game championship at the end of March.

Second on the all-time list now is West Ham with 16 games of championship, all of them in 2015-16, the first season of the traveling competition. West Ham's nine-game title streak late that year had been the record before Manchester City raced past it in 2017-18. 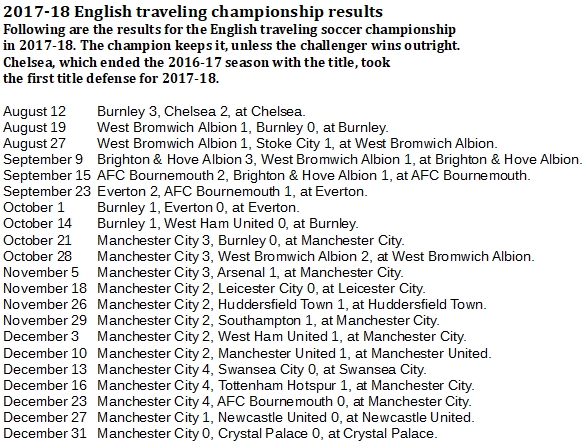