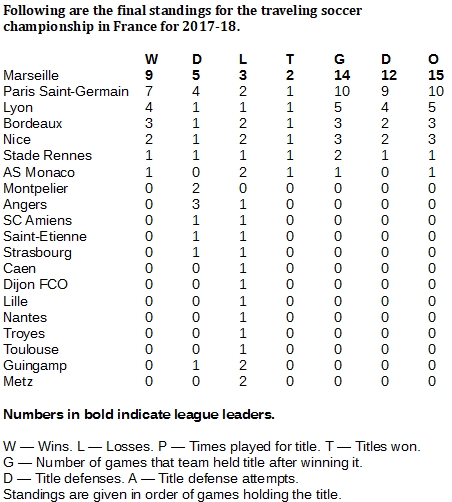 For once, in 2017-18, Paris Saint-Germain didn't dominate the French traveling soccer championship. But PSG did finally win one outright.

After piling up 42 games in defense of two default championships, PSG took one on the field in 2017-18, then defended it nine times, a fine showing in itself. But PSG didn't match Marseille over the course of the season.

Marseille brought the title into 2017-18 and defended it three times at the top of the season. Failing in a fourth defense, Marseille gained the title again on Oct. 1, then defended it nine times. Later still, in February, Marseille produced a one-game championship.

Put it all together and 14 games of title for Marseille beat 10 for PSG. But that's just for the season.

All time, which is three seasons, PSG has 52 games of title despite winning only one. Next in line are Marseille and Lyon with 17, then Nice with 10 and Monaco with eight. 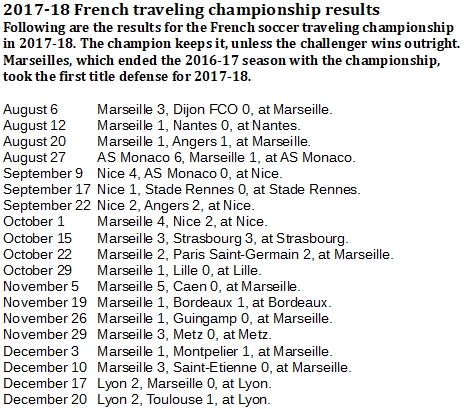 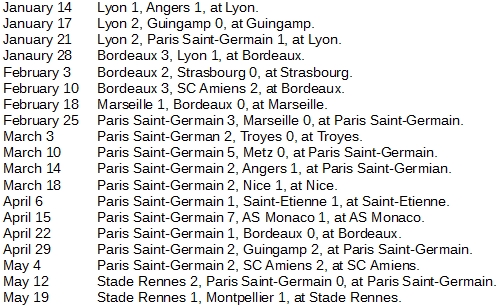