The regular-season men's college basketball traveling championship took a trip to the Sun Belt Conference in 2018-19. 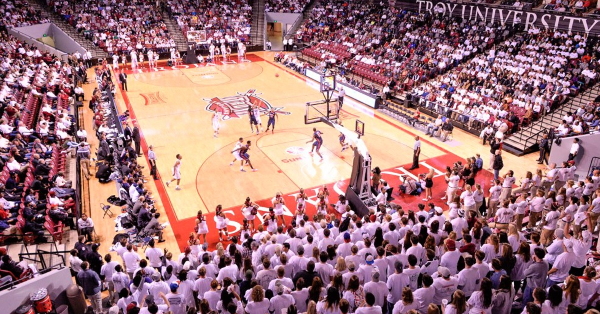 The top of the all-time standings for the short season traveling championship in men's college basketball did not change in 2017-18, much because the title took the scenic route through the conference portion of the season.

As it ended up, the title ran through the Sun Belt Conference, which is not one of the more glamorous assemblies of programs.

The season began with Marquette holding the title. But Marquette lost it to Indiana, which later lost it to Arkansas. Following that came a couple of upsets.

First Western Kentucky of Conference-USA dropped into Fayetteville and beat the home-standing Razorbacks, 78-77. Next, Troy of the Sun Belt went to Western Kentucky and posted an 87-81 win. The title might have still gone to Conference USA for the conference schedule, but Troy held on at Alabama-Birmingham, 74-73, in a Dec. 21 road game.


The top of the standings, then, look the same as a year ago. UCLA leads with 17 games, followed by 11 for North Carolina and 10 for Xavier. 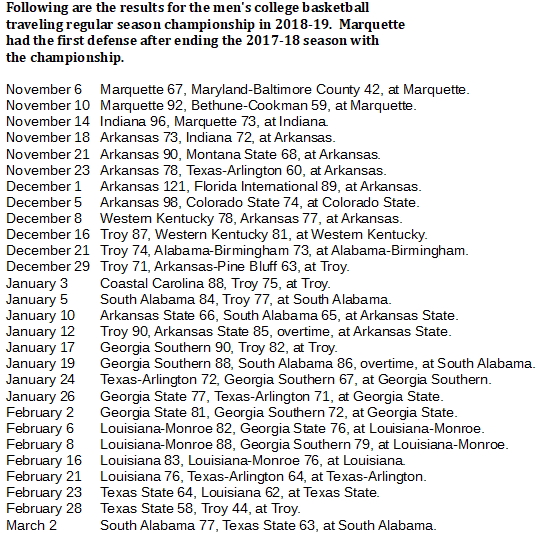