The full-season traveling championship in men's college basketball spent most of 2018-19 in the Big Ten, enabling Michigan State to challenge for the all-time lead. 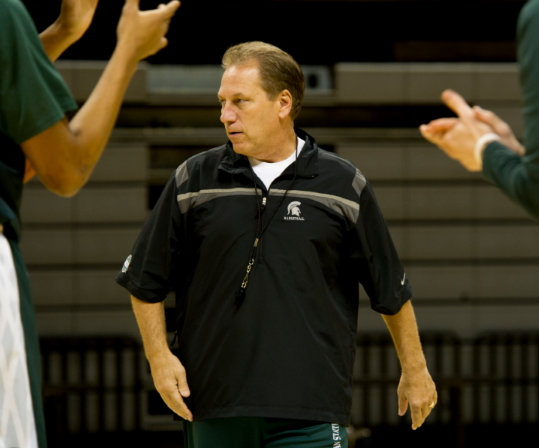 Michigan lost the national traveling championship of men's college basketball in the 2018 national championship game, falling to Villanova, which left that game with the lead in the all-time standings.

But the Wolverines got their revenge early in the 2018-19 season, a 73-46 drubbing of Villanova at Villanova on Nov. 14, and this championship was headed back to the Big Ten for another year. Michigan held off a couple of good teams, North Carolina and South Carolina, during the preseason stretch, and kept this title run going for 15 games.

The championship then kicked through five Big Ten teams for a month before Michigan State captured it with a 67-55 win against Wisconsin in the Big Ten Tournament semifinals. Five title defenses later, Michigan State was in the Final Four, one win behind Villanova in the all-time standings with a chance to win two games.

However, the Spartans fell to Texas Tech in the national semifinals, and the Spartans ended the season second place all-time with 26 wins for this championship, trailing only Villanova with 27.

But the next two teams aren't far behind. Michigan rose to 23 wins with its two championships in 2017-18, bringing itself into a third-place tie with North Carolina.

At the end of the year, Virginia held the championship, beating Texas Tech in the national championship game. It's Virginia's second national traveling championship all-time. The Cavaliers held it for one game in 2015-16. 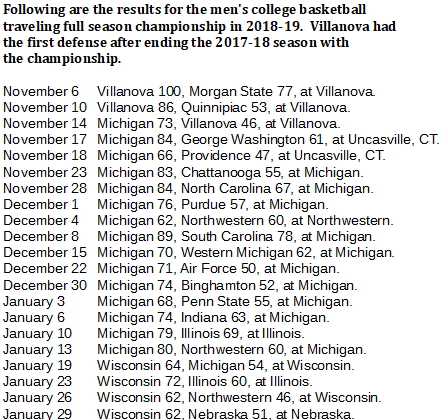 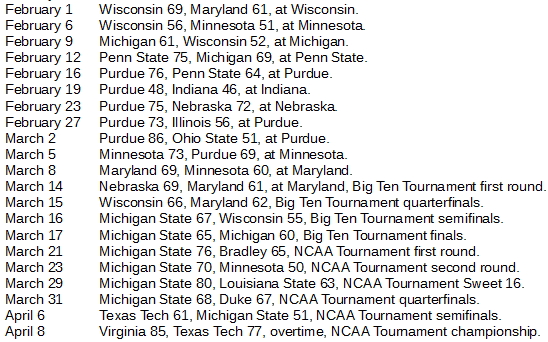