Northern American title arrives in US

The Northern American traveling soccer championship took a long route in 2018-19, starting in Costa Rica and moving on to El Salvador and Mexico before finishing the season in the United States. 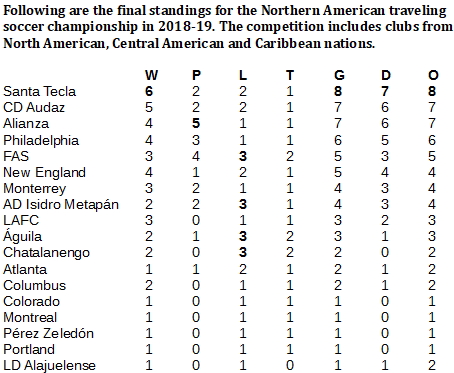 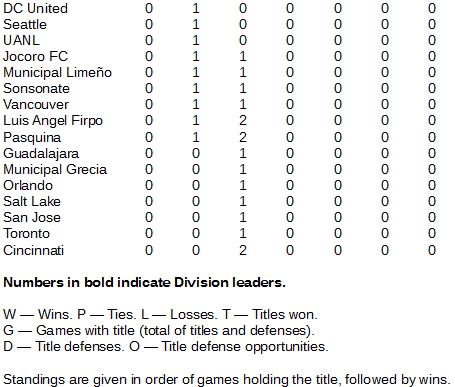 The Northern American traveling soccer championship got around a bit in 2018-19, starting the season in Costa Rica and continuing through El Salvador, Mexico and then the United States/Canada, where the prize ended the season in the hands of the red hot New England Revolution.

It wound up in a close race at the top of the standings, though the top three all are Salvadoran clubs. Santa Tecla took the season with eight games of championship, compared with seven each for CD Audaz and Alianza.

On Feb. 28, a Mexican club, Monterrey, snagged the traveling title from Alianza and took it to the top Mexican domestic league for three defenses before meeting Atlanta United in the CONCACAF Champions League on March 14. Atlanta won the game, 1-0, and now the Americans are in on the act.

The traveling championship has been in the United States/Canada since then, with seven of their clubs taking turns before the change of calendar at the end of July. The leading club in that respect is Philadelphia with six games of championship. However, New England finished the year with five and now will take the championship into the 2019-20 season. 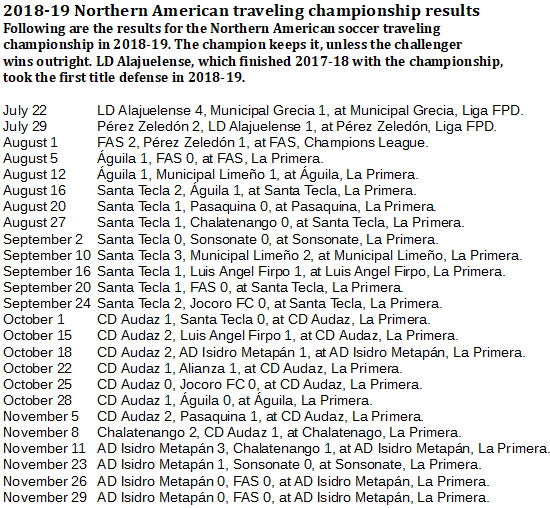 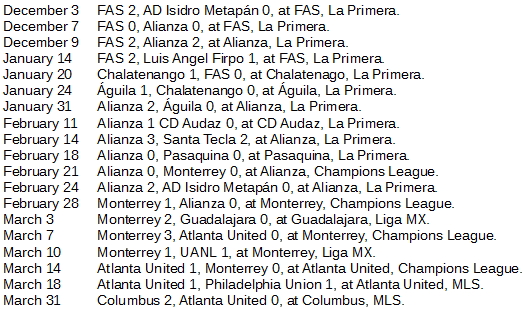 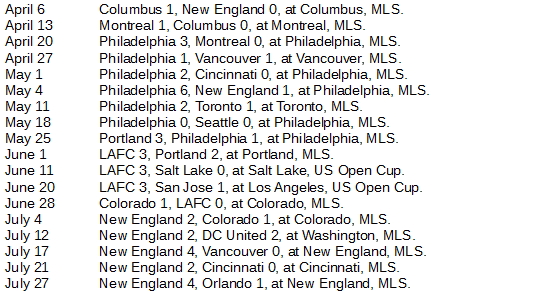