Real Madrid took the top-level European traveling basketball championship provisionally, then ran with it to post seven defenses, followed by three titles of its own in the first year of this competition. 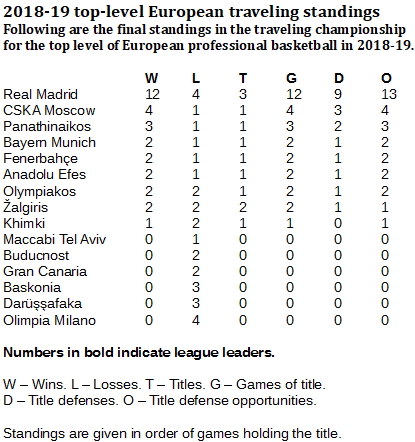 The traveling pro basketball championship in Europe went off to a rousing start with Real Madrid, which posted eight games in a caretaker defense to start the 2018-19 season, then won it three more times.

When it was over, Real Madrid had 12 games of championship, well ahead of any other club. CSKA Moscow finished a distant second place with four games, followed by Panathinaikos, the Athenian club coached by Rick Pitino, with three games.

Real Madrid claimed its third title of the year with a win against Panathinaikos on March 28, ending the Greek club's three-game streak. But Real Madrid lost the final game of the season to Žalgiris, a Lithuanian club. 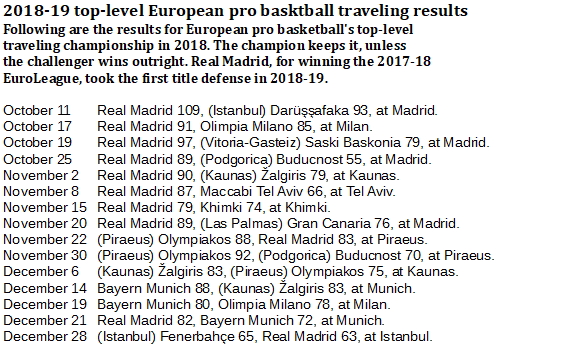