Warriors return to - and remain on - the top of pro basketball

Golden State increased its historical lead in the traveling standings across pro basketball in 2018-19, winning the season's honors for the second time and qualifying for the new Elite Division in 2019-20. 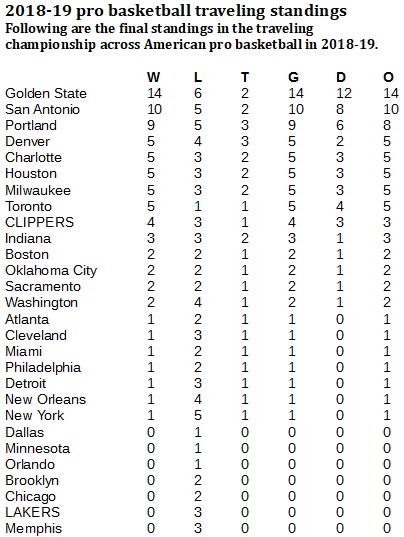 Golden State returned to the winner's circle in the traveling pro basketball championship across all of the United States and Canada in 2018-19, capturing more games of title than any other team after taking two years off from winning the title.

After beating the Wizards, Golden State added six defenses to the championship. The Warriors tacked on another seven-game championship in January, ending the season with 14 games of title. Second place was San Antonio, which finished with 10 games. Portland, with three games of title to end the season, totaled nine for the year.

The traveling championship secured for the Warriors a spot in the 2019-20 Elite Division after they failed to qualify in the pyramid. The Warriors held a healthy lead with the traveler when the Spurs took hold of it in late February, but the Spurs ripped out eight defenses, bringing themselves within five games of the Warriors when those teams met on March 18 in San Antonio.

The Spurs prevailed in that one, 111-105, pushing a critical head-to-head pyramid tiebreaker with Golden State in their favor. Now, the Spurs held the far inside track for fourth place in the First Division, which earns a spot in the Elite Division. And if the Spurs kept winning, they could have jeopardized Golden State's path to the Elite Division through the traveling championship, as well. But the Spurs lost their next game to Miami. Another threat to the Warriors came when San Antonio won the title from Atlanta on April 2. But the Spurs lost in their next outing at Denver.

With 54 games of title all-time through four years, Golden State has more than the next two teams, Miami (24) and Toronto (22), combined. The Clippers are fourth with 20, followed by San Antonio with 18. 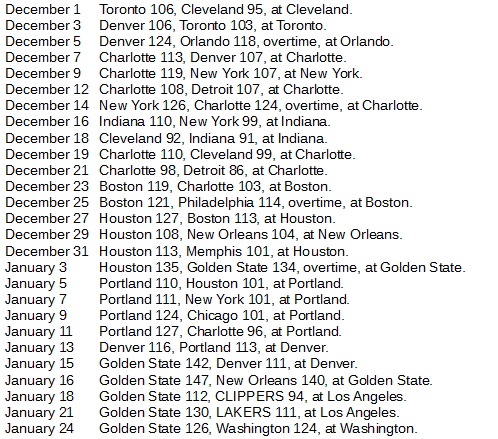 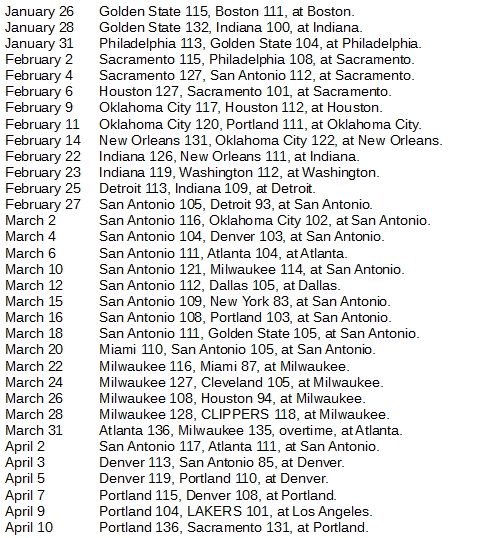