Atlético Madrid emerged as the leading club for the Spanish traveling soccer championship in 2018-19, while Barcelona and Real Madrid both goose-egged. 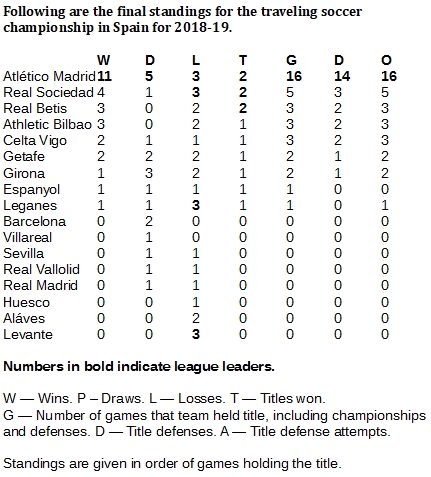 A new top club emerged for the Spanish traveling soccer championship in 2018-19.

Atlético Madrid held the championship for 16 games, including a run of 14 games that lasted from October to February. Thus, Atlético became the third team to win the annual traveling recognition in the four years we have run in Spain.

Atlético Madrid had never won the Spanish traveler before its 1-0 home win against Real Betis on Sept. 27. Before then, Atlético had six losses and a draw in its attempts to win the title.

The other two clubs that have won the annual and usually dominate were quiet in 2018-19. Barcelona took cracks against Atlético and Girona, but drew both times. Real Madrid drew in an attempt to take the prize from Getafe and later lost a bid against Real Sociedad.

It remains that Barcelona is the top club historically with the Spanish traveler, holding 64 games of championship through four years. Real Madrid remains second at 34 games and Atlético Madrid now has rocketed to third place all-time with 16 games of title. 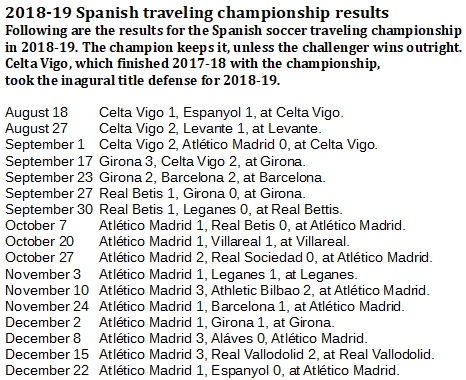 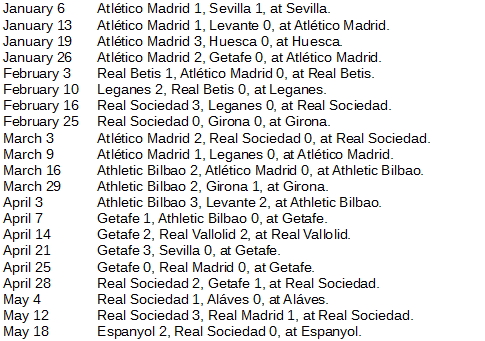