Benfica turned the traveling soccer championship in Portugal into a bit of a race in 2018-19, tearing through 11 games of title at the end of the season. 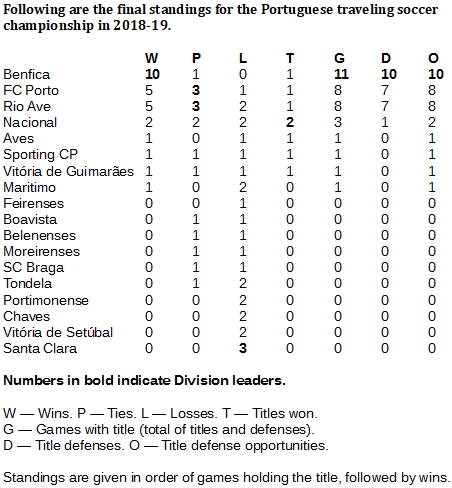 Two years into the Portuguese traveling soccer championship, a good race could be brewing between Benfica and FC Porto.

Each has been the lead champion in one of the two seasons, with Benfica being that club in 2018-19 after Porto led a year earlier. That's how it looks year-over-year.

All-time, Porto's commanding lead just now is being challenged. Porto tore out 16 games of championship in our debut year, 2017-18, then added eight in 2018-19. All of that happened before Benfica and Porto met in Porto on March 2.

Benfica was the provisional champion to start out, and it made five defenses. Since dropping the title in September 2017, though, Benfica took only two stabs in the next 18 months, both scoreless draws. Meanwhile, Porto added another eight games of title before the March 2 meeting and sought more.

But Benfica won that game, 2-1, and added 10 title defenses to close out the season. With that, Benfica has come back to within shouting distance of Porto with 16 games, trailing only the Porto squad's 24 games. But Benfica also has the title in hand entering 2019-20. 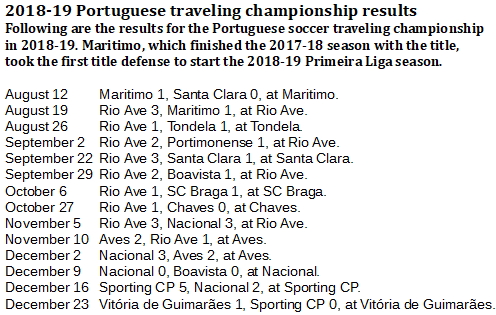 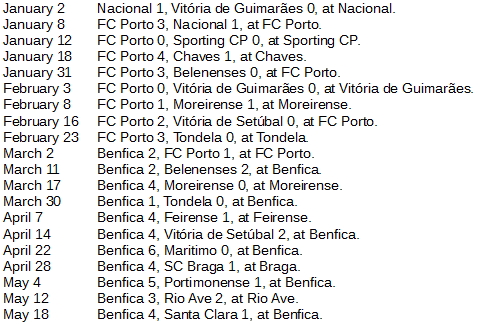