Four years into the eastern traveling hockey championship, four teams are within three games of the top in the all-time standings. 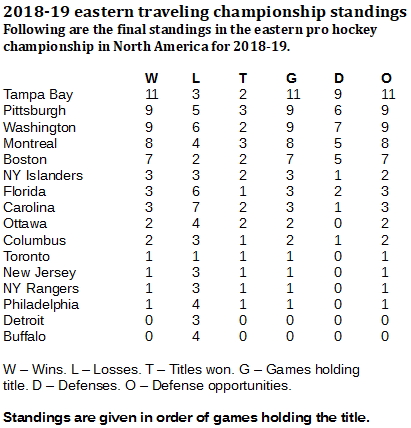 Some of our traveling championships are rather one-sided, which might be expected early. Some of the other traveling titles, though, are hotly contested.

The championship in the eastern half of pro hockey continues to brew a good all-time race, with the top thickening as never before through four seasons.

Ending 2018-19, the Washington Capitals held the all-time lead with 28 wins going back to the start of the 2015-16 season. But the Pittsburgh Penguins and Florida Panthers were right with them at 27, and the Tampa Bay Lightning held 25.

Tampa Bay held the prize for eight games during a run that took almost all of February. Pittsburgh's three-game championship in March brought it to the top of the all-time standings with 27 wins, one ahead of Florida and two ahead of Washington.

But the Capitals took the championship with a 4-1 home win against the Carolina Hurricanes on March 24, bringing their all-time total to 26. The Caps then tied Pittsburgh with a 3-2 win in the return match at Carolina two days later and went on top with their 28th win, 6-3 at Tampa Bay, on March 30.

On April 1, the Caps crossed state to Florida, where the Panthers notched their 27th win all-time, 5-3. But the Panthers were stopped in their bid to reach the pinnacle with Washington, for the New York Islanders came into their arena and beat them, 2-1, in a shootout.

The Islanders will take the championship into the 2019-20 season. 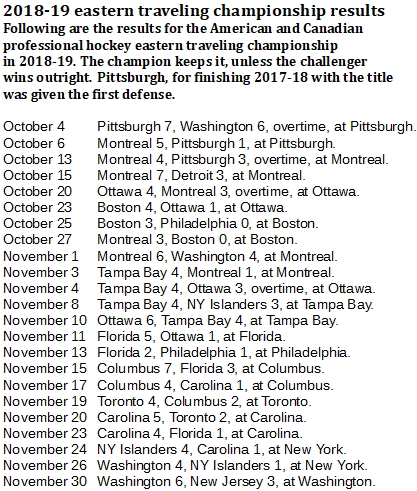 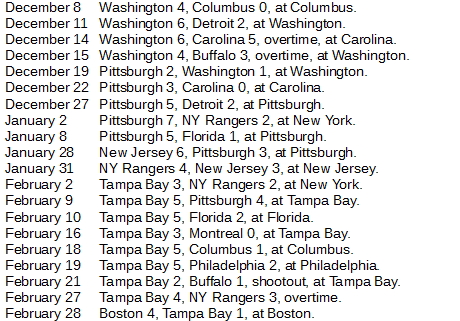 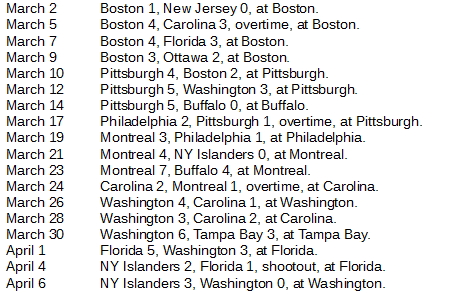 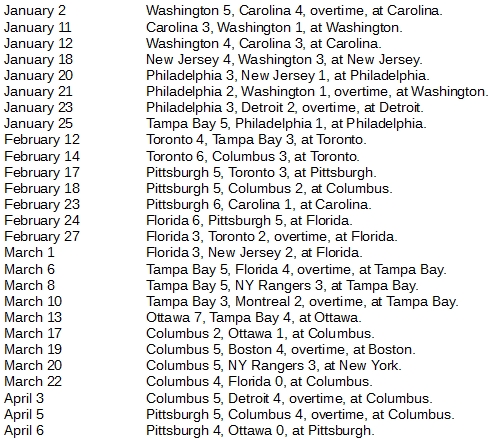