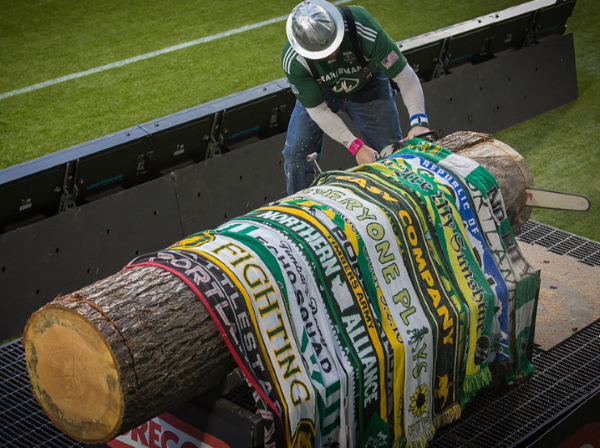 Timber Joey cuts off a round of log after every goal scored by the Portland Timbers and presents it to the goal-scoring player after the game. Now you know (Ray Terrill/Creative Commons Attribution-Share Alike 2.0 Generic license).

Portland and Toronto have won the last two season honors in the traveling championship across North American big league soccer. Now, they're at again.

During a summer of 2019 that has seen no Major League Soccer (MLS) team dominate the traveling title, Portland leads the way with five games of title, followed by Toronto with four. But Toronto snagged it with a 3-2 win at home against Colorado and has since defended it with two draws.

Now sitting on four games of title, Toronto can tie Portland for the year with a win or draw on Sunday against Columbus in the final game of the season. With a Toronto loss, Portland would claim the season's honors for the second consecutive year. 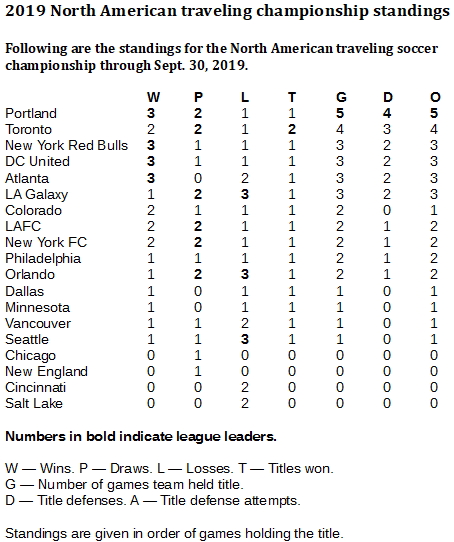 Last year, Portland won with a strong 14 games of title. That's the lion's share of Portland's 23 games of championship since we began following the soccer traveler across the MLS teams in 2016. No other team has as many.

New York Red Bulls are second all-time with 18 games of championship, followed by Toronto with 15 and LA Galaxy with 12. 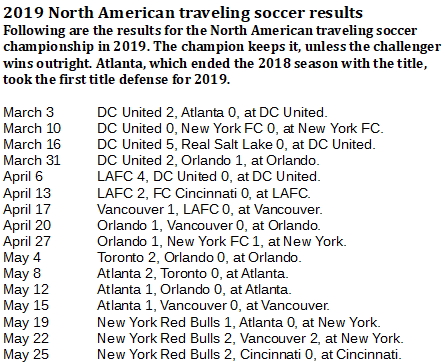 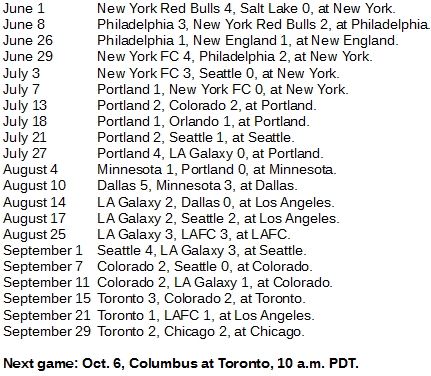