PSG zeroes out in 2018-19, but still leads French soccer traveler

For once, Paris Saint-German did nothing with the French traveling soccer championship in 2018-19. But the Parisian squad still leads the all-time standings in France. 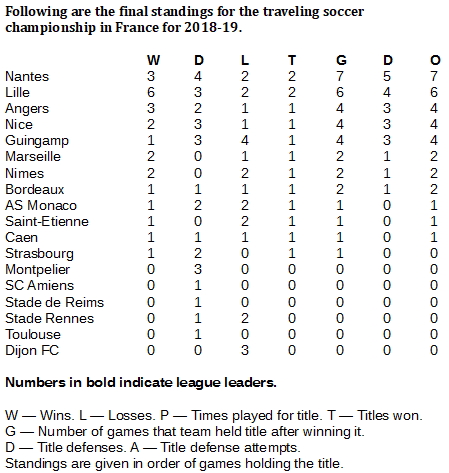 The French traveling soccer championship looks quite different when Paris Saint-Germain doesn't play for it, right?

In 2018-19, 18 clubs in Ligue 1 took their cracks at the title, but the club that has held it more than any other, PSG, was not one of them. Neither was Lyon, which was tied for second place in the all-time standings entering 2018-19.

One might expect that somebody else in the pack might begin to catch up with the two leading clubs not even having a chance, but that didn't happen, either. Instead, we had a season in which 12 different clubs held the title for at least a game. No one had it for more than seven games.

That top club would be Nantes, followed by Lille with six. However, from the beginning of this exercise in 2015-16 to the start of 2018-19, Nantes had only one game of championship and Lille had none.

PSV remains the top club historically with 52 games of title. Marseille added two games to its total in 2018-19 and now is second with 19, followed by Lyon with 17. Nice is fourth with 14 games, followed by Monaco with eight and Nantes with eight. 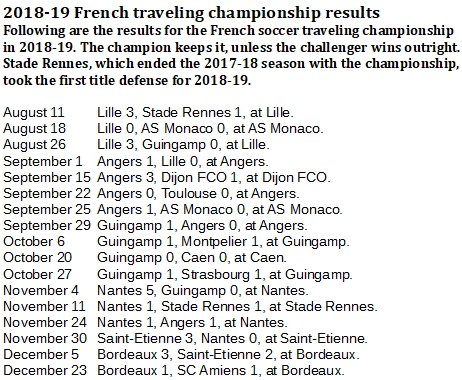 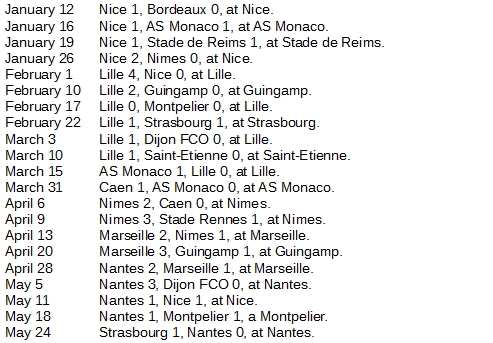