The Big Bash League draws big crowds to speed cricket in Australia. The traveling winner for 2018-19, our first season, was the Sydney Sixers. 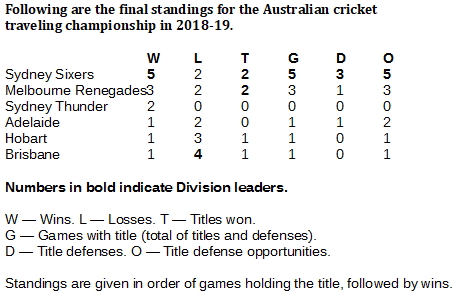 Pretty tidy package. Eight teams play a home-and-home double round-robin. Total of 59 games, including a round of semifinal playoffs and a championship game. The whole thing takes two months, starting in mid-December.

First time around in 2018-19, the Sydney Sixers had the best season of traveling championship in this group, two championships worth five wins. The Melbourne Renegades also won two championships, but only finished one defense between them.

The Sydney Thunder took the title from the Sixers with one game left, then won that one against Hobart. The Thunder will begin 2019-20 with the title. 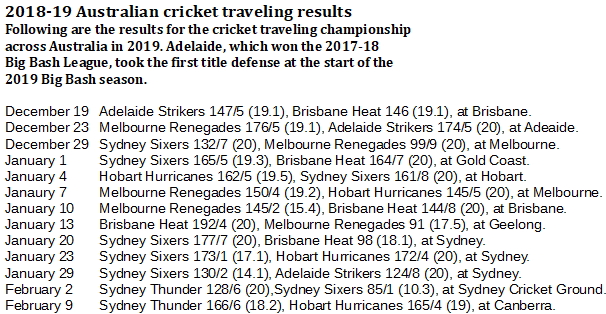