Three teams vied at the top in the 2019 Indian traveling cricket championship. In the end, it went to the Chennai Super Kings. 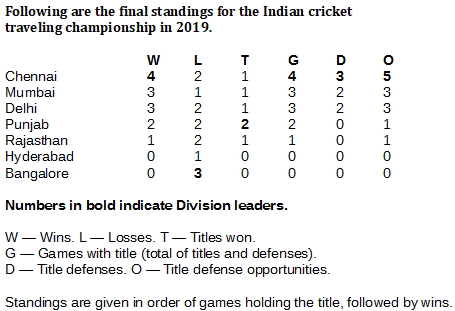 As the India Premier League wound down its 20 overs cricket season in 2019, the Chennai Super Kings, Delhi Capitals and Mumbai Indians each had three wins.

Could have gone any direction. But it had to go in the direction of the traveling championship, and Delhi was the team that had it heading into May for the last week of the season.

Chennai broke the tie in the standings with an easy win against Delhi on May 1. The winner was going to be the traveling champion for the year. Chennai claimed it, only to be taken down on the final day of the season with two overs to spare. 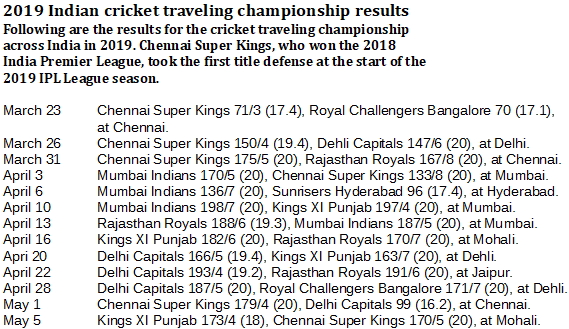