The San Jose Knights and Vegas Golden Knights were the two top teams in the Western hockey traveling championship for 2018-19, but the Ducks and Winnipeg Jets are tied on top all-time. 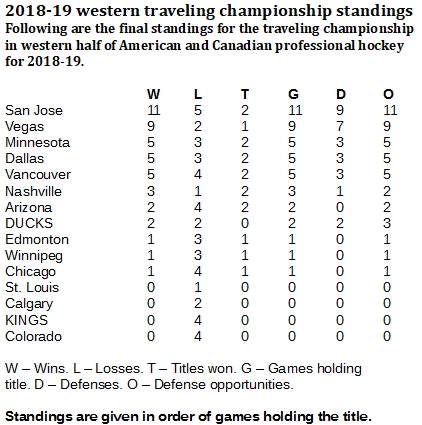 The usual contenders stepped aside in the western pro hockey traveling championship. The Ducks and the Winnipeg Jets remain on top of the standings, now tied with 24 wins each through four years, but neither did much in 2018-19.

Instead, the San Jose Sharks and Vegas Golden Knights took the lead for the season. San Jose led all teams with 11 games of championship on two titles. Vegas came up next with one championship of nine games.

The Minnesota Wild, Dallas Stars and Vancouver Canucks each notched five games of championship. Minnesota moved up to third on the all-time list with 20 wins.

The Sharks moved into a fourth-place tie all-time with the Calgary Flames, each with 15 games. The Colorado Avalanche is close behind them with 14 games of title. 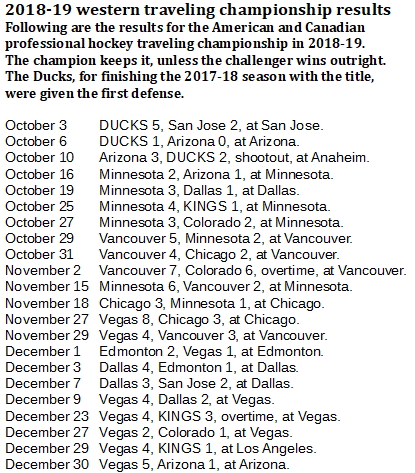 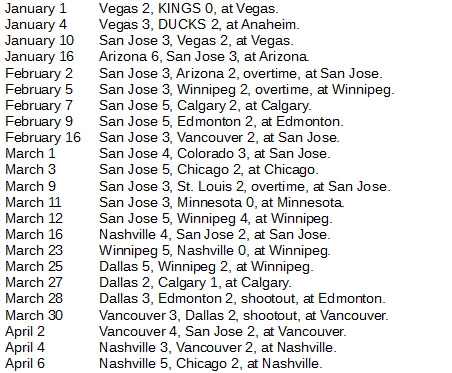