Southern Cal began winning the Pac-12 traveling football championship early, and they have won it often under head coach Clay Helton. The Trojans are the all-time leader with 16 victories. 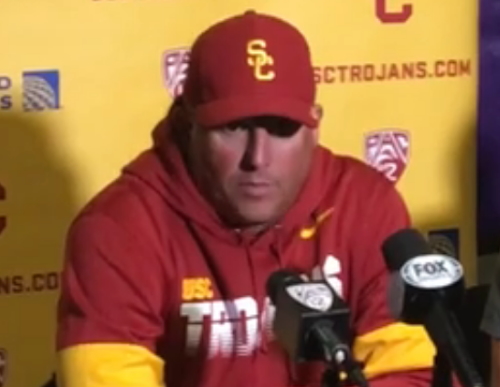 We're not about to lump Clay Helton in there with John McKay, Pete Carroll and Howard Jones as the greatest football coaches in Southern Cal history, but he's had a couple good years.

And we have to give him this: He is killing it with the Pac-12 college football traveling championship. 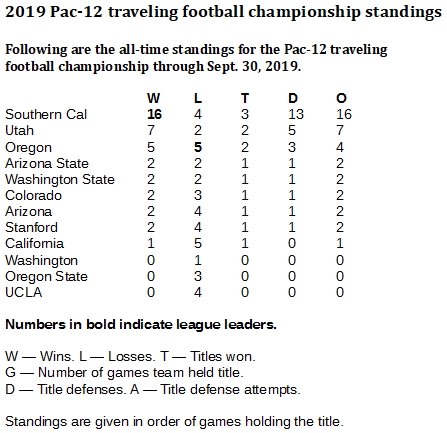 It happens that Helton was installed as the head coach in place of Steve Sarkisian six games into the 2015 season, and 2015 happened to be the first year of our conference college football traveling titles. In fact, it happened that Helton's first Pac-12 game as the USC coach also brought USC its first traveling title in the conference.

From there, Southern Cal has been easily the most successful program with this prize. Through September 2019, the prize has been on the line in 39 games and USC has won 16 of them. In second place, with seven victories, is Utah.

Angelinos may not be surprised to note that football standings with USC on the top also have UCLA at the bottom. The Bruins are 0-4 in their attempts to win the Pac-12 traveling championship.

The present title holder, Oregon, won it with a 31-29 win at home against Arizona State last Nov. 17 and the Ducks have held it for three games through a 21-6 win at Stanford on Sept. 28. Oregon will put the championship on the line Saturday at home against California. 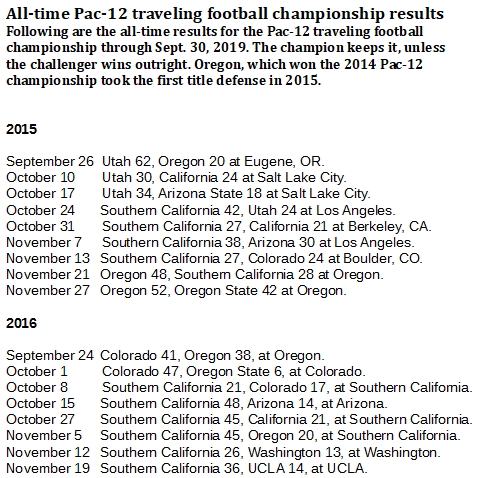 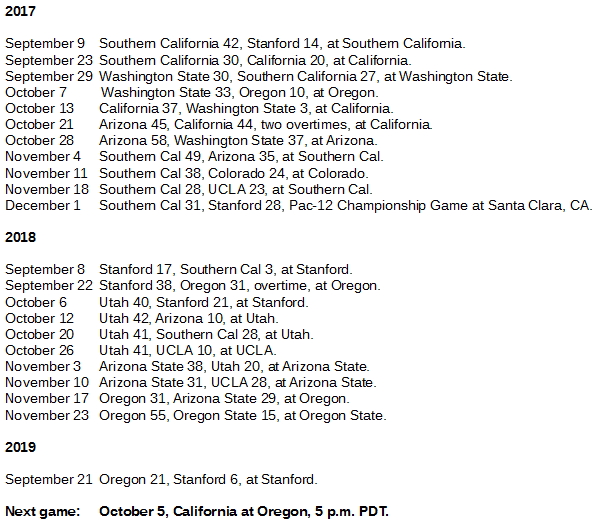