A tight race has emerged for the traveling championship across professional hockey through four years. The Minnesota Wild lead, but the pursuit is thick. 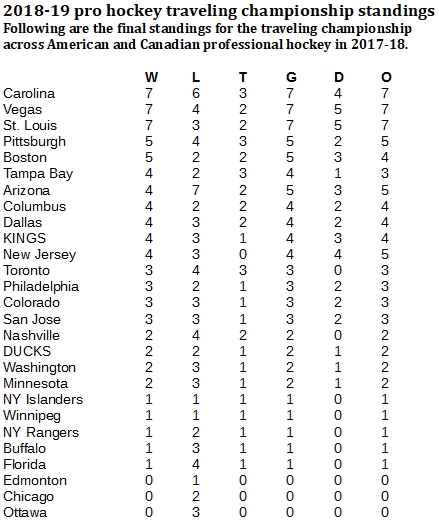 Four years into tracking the traveling championship across pro hockey, we have quite a tight race on our hands.

Since we began the championship at the start of the 2015-16 season, the Minnesota Wild leads all teams with 20 wins. But it gets thick behind the Wild quickly. The Kings, Colorado Avalanche, Florida Panthers and New York Rangers all have 18 wins. Not far behind them are the Pittsburgh Penguins and Washington Capitals, each with14 wins.

For the season, the race came down to the Vegas Golden Knights, the St. Louis Blues and the Carolina Hurricanes, all of whom finished at the top with seven wins. All three also were done by the start of March, except for a one-game title for St. Louis.

The Penguins and Boston Bruins each had chances to take the top during the last two months of the season, but neither could do it. 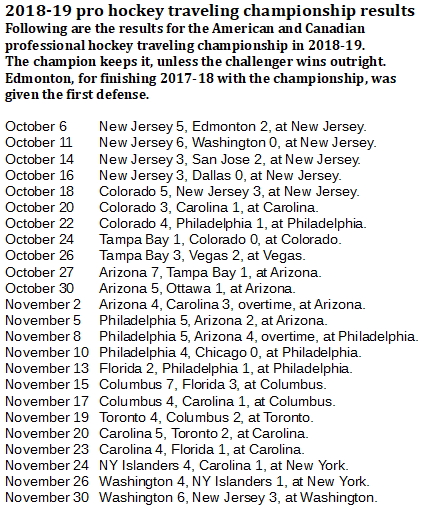 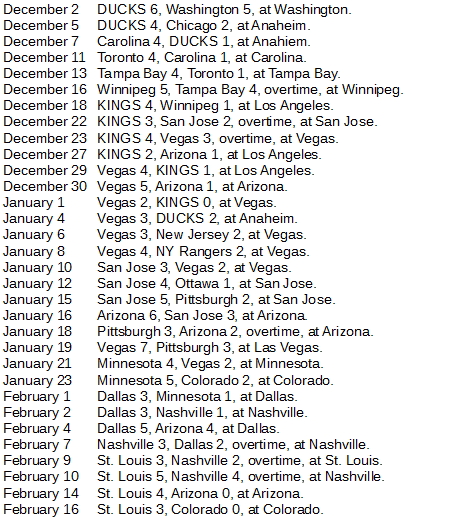 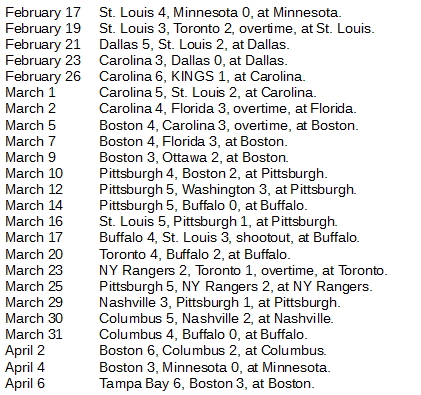