The race to the top of the all-time intercontinental traveling hockey championship is hot through four years, and there might not be enough ice in hockey to cool it down. 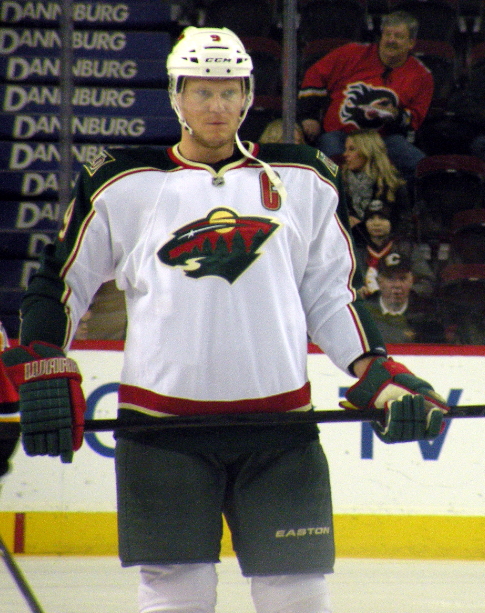 Finnish center Mikko Koivu is the longest tenured member of the Minnesota Wild, working his whole career with the organization that drafted him in 2001 (Resolute/Creative Commons Attribution-Share Alike 3.0 Unported license).

The National Hockey League season began last week, opening the fifth year of the traveling championship across big league hockey in these United States and Canada.

The race for all-time leadership in this traveling championship remains wide open and, one hopes, never to be resolved. After all, it is the championship for all time.

At the top of the heap through four years is the Minnesota Wild, which has only won the title six times, but its 14 defenses is the best mark among all of the NHL teams. Close behind the Wild are the Kings, New York Rangers, Florida Panthers, Colorado Avalanche, all with 18 wins. 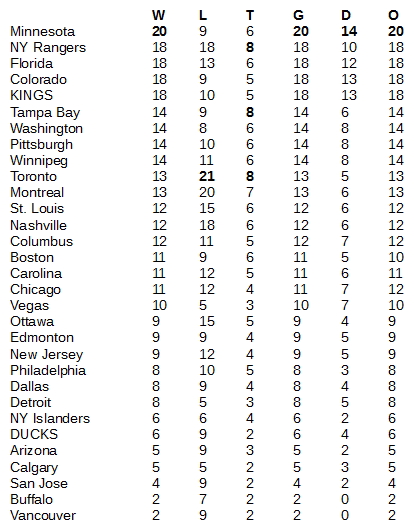 At the bottom of this list, with the fewest games of traveling championship historically, are the Buffalo Sabres and the Vancouver Canucks, each with two. Which doesn't necessarily make them the worst teams in this championship. The Montreal Canadians and Toronto Maple Leafs each have 13 failed challenges, tied for the most among the NHL teams.
In four years through the end of the 2018-19 season, we've seen 334 games for the traveling championship among the NHL clubs. The title has changed hands 148 times, making for an average title run of 2.26 games.

Of all the sports in which we document these traveling champions, hockey is right there with baseball for being the most difficult in which to assemble a long streak of title. Every year across the pro hockey championship, we'll see a six-game streak, maybe two or even three. Never longer than that except for once, when the Wild held the title for 12 games in 2016-17. That streak, which is twice long as any other across the history of this championship, is the reason Minnesota is on top of these all-time standings.

Likewise, the championship has picked up with the new season defended only once in three outings. That was the first night out for the Tampa Bay Lightning, Oct. 3, a 5-2 win on home ice against the Florida Panthers. The Lightning had won the title in its final outing of the 2018-regular season with a 6-3 decision against the Boston Bruins.

However, that opening night defense was the Lightning's only success with the title won on the last day of the preceding season. On Oct. 5, the Lightning returned the game in Miami, where the Panthers notched a 4-3 win to claim the championship. But the Carolina Hurricanes dropped into Miami on Oct. 8 to claim a 6-3 win for the newest traveling championship.

The Hurricanes will defend that title for the first time on Oct. 11, at home against the New York Islanders.