The Seattle Seawolves won the 2019 United States-Canada traveling rugby championship early and late. In between, though, the San Diego Legion held it the most. 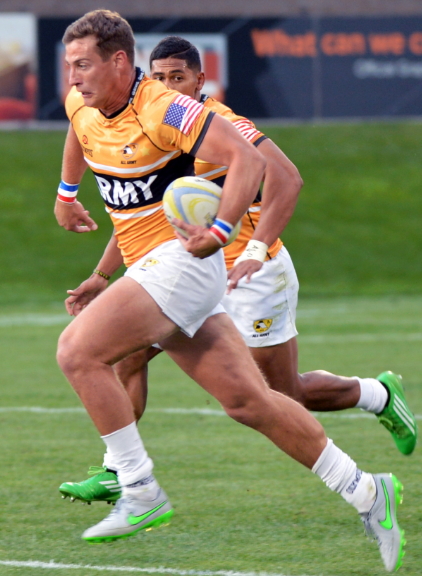 There have been two United States traveling rugby championship season winners – Seattle in 2018 and San Diego in 2019. Will Holder played for both. Here he is carrying to a try for the US Army club (U.S. Army/Creative Commons Attribution 2.0 Generic license).

One nice part of running a new league has to be the expansion possibilities. When you're looking for the right kind of market, big is always best, and Major League Rugby had the largest market in Canada (Toronto) and the largest in the United States (New York) lying open before it.

But not for long. MLR added both of those markets for its second season, and both were key players in the traveling championship for 2019. 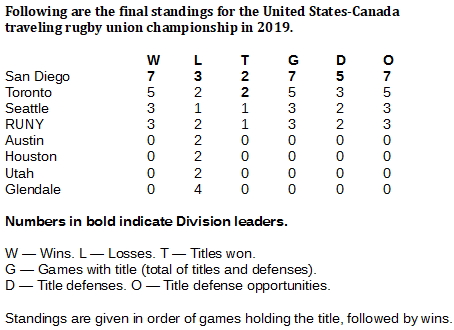 Seattle began and ended the year with the traveling title as it also claimed the second league championship in MLR's two seasons. In between, though, it was the two new franchises and, especially, San Diego. The Legion scored two championships totaling seven games, outlasting Toronto, which totaled two titles and five games.

Through two seasons, San Diego now has eight games of traveling championship, followed by Seattle and Toronto, each with five. RUNY, the New York outfit, is fourth all-time with three. 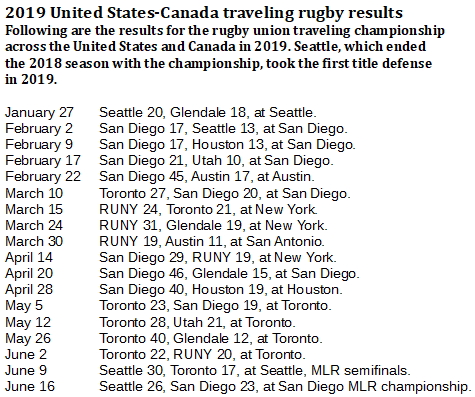