The New York Yankees had only one shot at the interleague baseball traveling championship in 2019, and did more with that than the Arizona Diamondbacks did in several. The Yankees won the bid for the Elite League, not that they needed it. 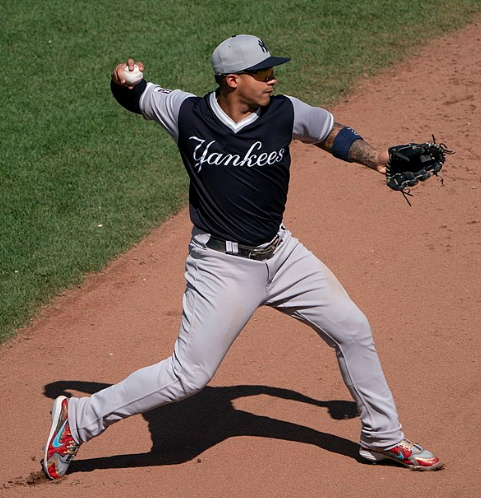 The 2019 traveling championship across big league baseball went into the books at the end of the regular season with the Chicago White Sox in possession, the Arizona Diamondbacks on top of the pile in games of title and the New York Yankees as the top club across the competition.

The Yankees won on criteria established here in 2018 for determining which clubs should receive the traveling championship bids to the next year's Elite Division. In the old days, we'd just make a valedictory announcement naming a Team of the Year based on the data and the general drift of the season, not unlike how we chose the national champion in college football not so long ago. But the establishment of the Elite Division forced some tighter focus, so we worked up criteria.

Well, look at our standings. The Diamondbacks are way ahead of everyone else with 28 games holding the title. But the Diamondbacks actually were a middling performer with the traveling title on the line. 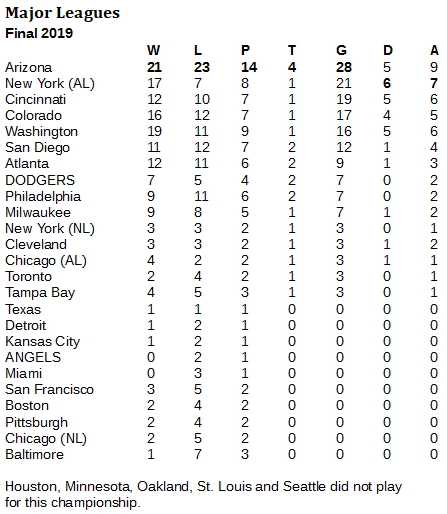 They were reasonably good at winning it, succeeding in four out of five challenges. But their overall record in games for the traveling title is less than stellar, 21-23. They only defended the championship on five of nine occasions. And three of their successful defenses were absolutely the weakest kind. In each of those cases, the series ended in a draw, the other team scored more runs and the DBacks held it because that's how it works with the interleague championship. You have to beat the champion. In the traveling title across either of the leagues, the run totals would have broken these ties away from the Diamondbacks.

Arizona won its second traveling title of the season May 3-5, taking two of three from the Colorado Rockies in Denver, then lost it right away by dropping two of three to the Tampa Bay Rays in St. Petersburg. Next, the Yankees dropped in on Tampa Bay and won two of three, becoming the new champions.

From there, the Yankees tore it up with six defenses, finally losing two of three to the Toronto Blue Jays in Toronto June 4-6. The Yankees never saw another chance at the traveling title. But their output already was 21 games of title, six defenses in seven attempts and a 17-7 record. At that point, the Yankees were well ahead in the main categories. Arizona was 9-9 with two titles, 12 games and only two defenses in four attempts.

The criteria before the criteria are the standards for being included in the "stat-off," which are one title with six defenses or at least two titles with three defenses. Only the Yankees and the Diamondbacks made the standard.

The Cincinnati Reds fell one defense short of six in mid-August, losing to the Washington Nationals. Then the Nationals came through with five defenses before losing to the New York Mets in early September. The Dodgers, Atlanta Braves, Philadelphia Phillies and San Diego Padres each won two titles, but they totaled two defenses between them.

So, here are the criteria, and here is how the two eligible clubs, the Diamondbacks and Yankees, measured up to them.

The last of those goes to neither side, and the Yankees carry five of the other six. So, the Yankees get the bid here, but they don't really need it. At this point, they are almost certain to win this year's Elite Division and take the first bid next year as the defending champion. Moreover, there is all but no chance that the Yankees will fall from the top half of the First Division, and they would be in that way.

However, the result is fatal, in this limited sense, to the Diamondbacks, who had no other chance of returning to the Elite Division. The Diamondbacks were the only club out of the top eight in this year's Elite Division to miss the Major League playoffs, and they'll finish in second place if the Yankees go all the way. In that event, they would finish second to the Yankees by much more than in the traveling championship.

But it's still second place, and that's the outside looking in. 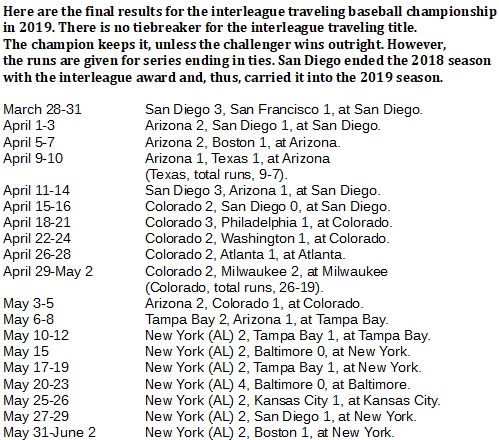 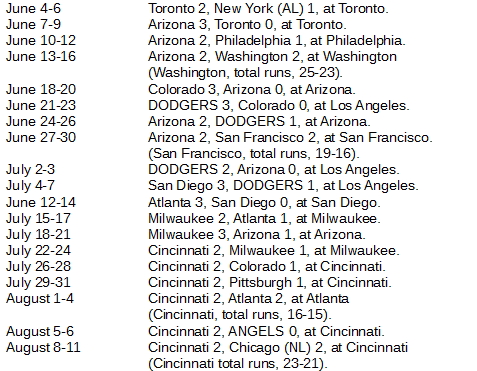 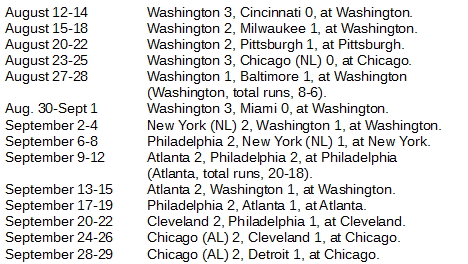