Following tough times, including a Wooden Spoon in 2017, Brisbane emerged in 2019 as an Australian Football League force, taking the traveling championship. 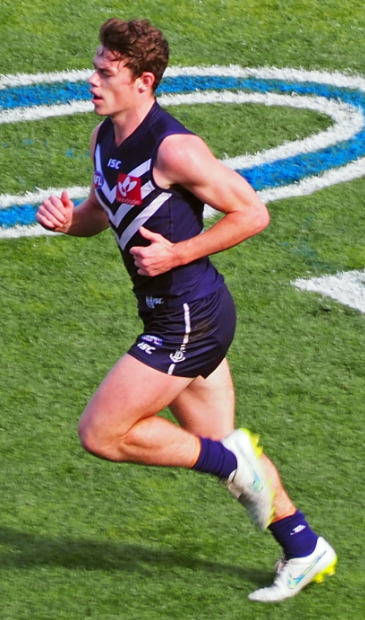 Lache Neale moved over from Fremantle to Brisbane in 2019 and helped the Lions back to serious contention in the AFL (Somno/Creative Commons Attribution-Share Alike 4.0 International license).

In 1996, the Brisbane Bears merged with the Fitzroy Lions, the meld becoming the Brisbane Lions. It was a club primed for dominance in Australia rules football in the early 21st century, winning the Australian Football League (AFL) 2001 through 2003 and hitting runner-up in 2004.

In recent years, the Lions have struggled, winning only five games each in 2017 and 2018. The 2107 effort got them the Wooden Spoon. But a resurgence is afoot.

The decline of the Lions took some time, but it was absolute. In 2004, when the Lions reached their fourth straight Grand Final, the club peaked at 30,221 members and its per-game attendance reached a high of 33,619. In the next 13 years, though, Brisbane finished on the bottom half of the ladder 12 of 13 times.

Meanwhile, club favorites from the glory days of old kept falling. Following the 2013 season, Simon Black, the lynchpin of Brisbane's "Fab Four" midfield from the championship days, retired. During the 2014 season, Jonathan Brown suffered a concussion in an on-field collision and retired, then Ash McGrath retired after the 2014 season, leaving Brisbane with no more players from the championship run, which, by then, was 10 years past, in any event.

Brisbane brought in a new coach, Chris Fagan, for 2017, with a rebuild to do. While falling to the Wooden Spoon that year, the club's membership dropped to 21,362 and attendance fell to an all-time low of 16,455. Following that season, though, the Lions traded for one of the league's rising stars, Charlie Cameron. Following the 2018 season, they added Lache Neale in a deal with Freemantle.

Suddenly, in 2019, the Lions were a force again. They finished in a three-way tie with Geelong and Richmond on top of the ladder. Cameron led the Lions with 57 goals and Neale won the Merrett-Murray Medal as the Brisbane's team champion, meaning the coaches scored him as the top player in terms of performance, contribution, influence and compliance with team values.

Brisbane, Geelong and Richmond each finished the regular season with 16 wins and six losses, all earning 64 standings points. Geelong was named the minor premier (regular season) champion by points percentage, scoring 135.7 percent as many points as it allowed. Brisbane (118.3) and Richmond (113.7) finished second and third.

Richmond cruised to victory in the Grand Final to be named the league's Premiers. Included in Richmond's playoff run were comfortable victories over Brisbane and Geelong before a 114-25 smashing of Greater Western Sydney in the Grand Final. 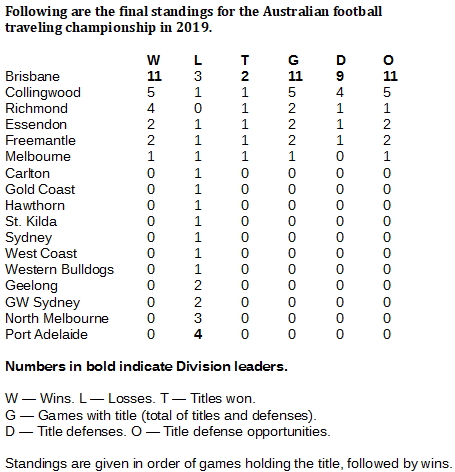 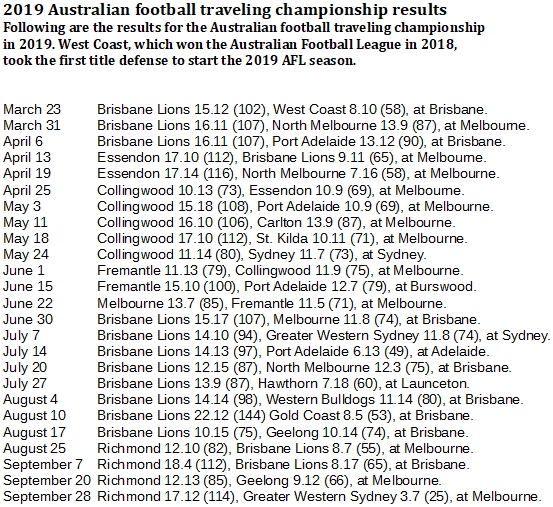