Essex cruised through all three versions of cricket played by English County teams in 2019, taking the season championship and carrying it into 2020. 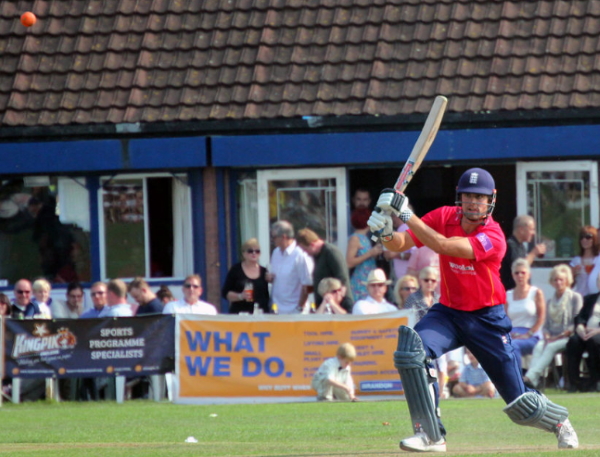 As usual, Sir Alastair Cooke was one of the leading performers for a prosperous crew of Essex crickers in 2019 (Kroome111/Creative Commons Attribution-Share Alike 4.0 International license).

Essex dominated top-flight cricket across the English counties from 1979 through 1992, winning six county championships during that stretch. Since then, good times were few.

The Essex squad actually dropped to the Second Division by the late 1990s and stayed there for all but one year, until winning promotion back to the top with a Second Division championship in 2016. Then, the improbable happened (though it actually happens quite a lot in the pyramids we run on these pages). Essex won the First Division in 2017.

In 2019, Essex proved that was no fluke, winning both the County Championships and the T20 title across the English Counties. No small matter, they also dominated the traveling championship across first-class English County cricket, winning 12 times and losing only three times in 18 games for the championship.

Essex won the championship four times and has held it for 14 games ending the 2019 season, topping it off by winning their two English titles during the third week of September.

The traveling championship ranges through all three concurrent English county cricket competitions. The unlimited overs circuit is the County Championships, in which matches last for four days. A limited overs game (limit of 50) called the One-Day Cup also is in play. These matches will last for one day, but it will be all day. So, an even more limited overs competition, the popular T20 (20 overs) game that takes mere hours, also counts.

During the 2019 season, Essex won at least one traveling championship in each version. Essex first won it on April 28 with a One-Day Cup win against Hampshire, but only held it for one day before falling to Sussex.

Essex regained the traveler June 23-25, beating Somerset in the County Championship, then defended the title in its next three contests of unlimited overs. But when the T20 cranked up, Essex fell to Middlesex on July 18. Essex captured a one-game championship in T20 at the start of August, then really took hold on Aug. 29, beating Surrey in T20 and closing out the season with seven consecutive wins – four in T20 and three in unlimited overs.

Such a versatile, dominant finish certainly earns the championship. Essex entered the Aug. 29 match with six games of title, tied at the top with Hampshire and Somerset. But the big finish for Essex ended all doubt. For 2019, anyway. 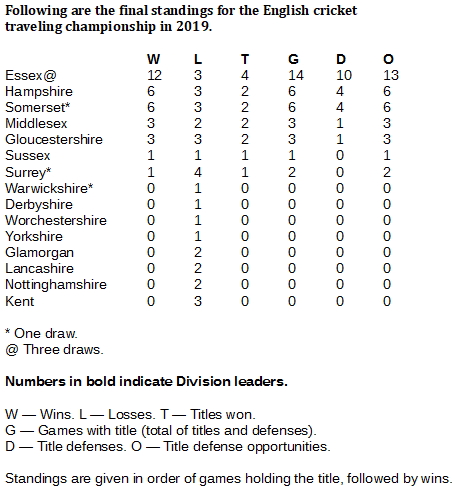 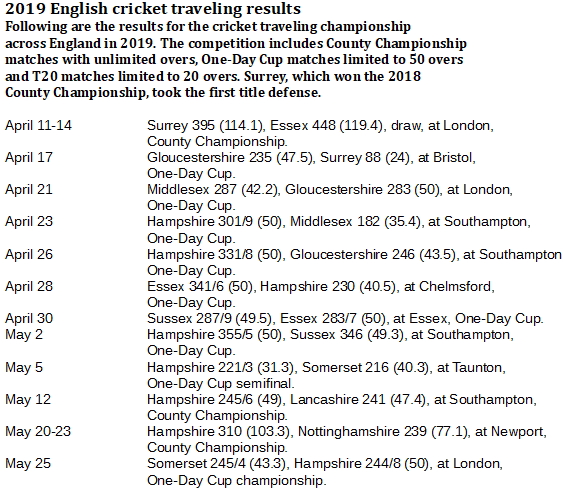 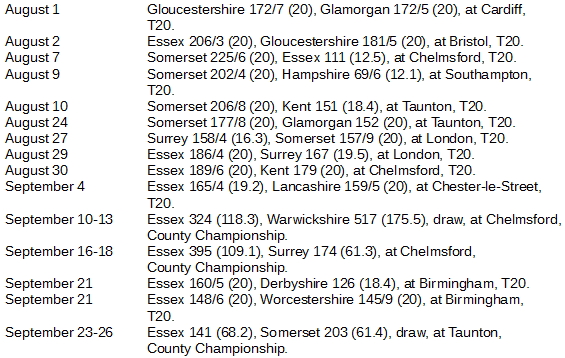