In a season lasting for only 13 games, Quetta Gladiators won the traveling championship across Pakistan cricket in 2019. 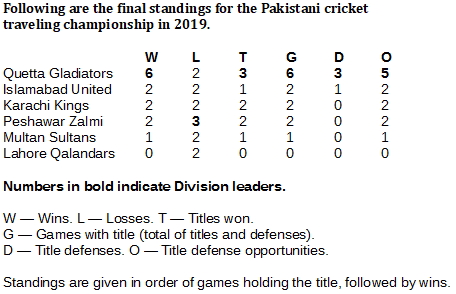 Quetta Gladiators won three separate titles in the Pakistan traveling cricket championship for 2019 and defended each of them once.

On a run of championship games running to only 13, that's enough to take up half of the schedule. So, Quetta is the top team of the year in the Pakistani traveler.

Islamabad United, Karachi Kings and Peshwar Zalmi all finished the year with two games of championship. 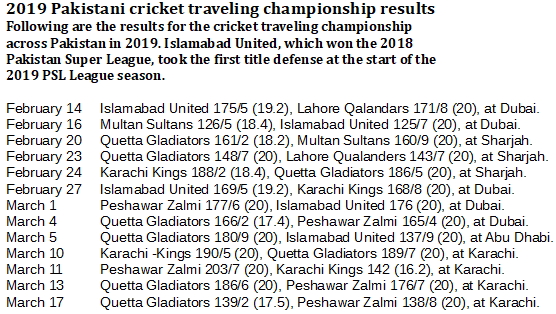