It's still anybody's race for the season title in the pro basketball traveling championship. The Denver Nuggets lead at the moment, but we're just coming out of the NBA All-Star break. 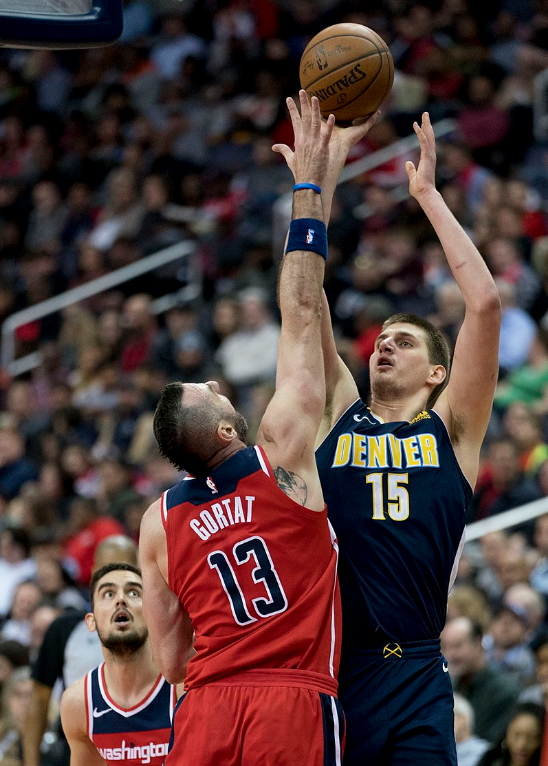 We're coming out of the All-Star break in the NBA and the national traveling basketball championship for the 2019-20 season remains within just about anyone's grasp.

The top team now, the Denver Nuggets, have won three titles for a total of 10 games as champions. But a half-dozen other teams remain within one strong title of catching the Nuggets. The Lakers and Boston Celtics each have five games of championship, the Oklahoma City Thunder and Houston Rockets each have four and the Indiana Pacers, Portland Trail Blazers and Utah Jazz each have three.

After the Golden State Warriors roared out of the gate when we first began tracking this traveler in 2015-16, it will be years before anyone catches them. The Warriors have added a game of title this season, bringing their all-time total up to 55.

For the time being, the fight really is for second place. The Miami Heat and Toronto Raptors are tied for that distinction with 24 wins, followed by the Portland Trail Blazers with 23, the Rockets with 23 and the Celtics with 21. 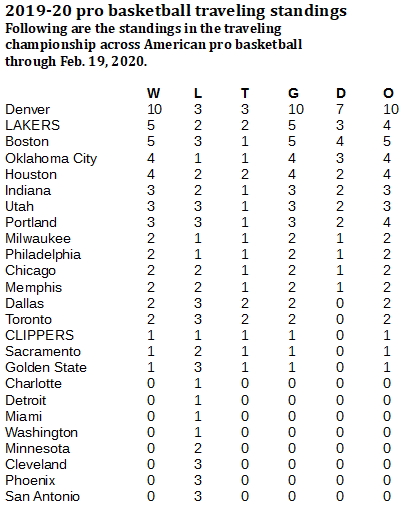 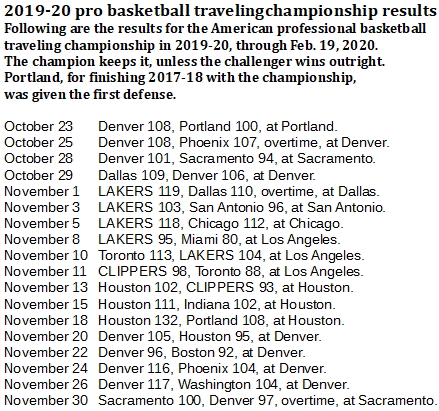 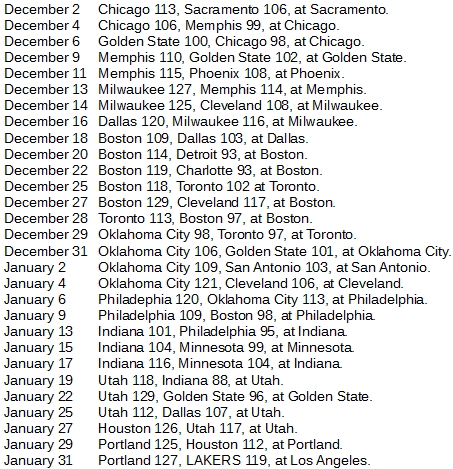