Shane Larkin, former ACC Player of the Year at Miami and son of baseball Hall of Famer Barry Larkin, is taking over the Euroleague as his Istanbul squad, Anadolu Efes, tears through the top level of European pro basketball. 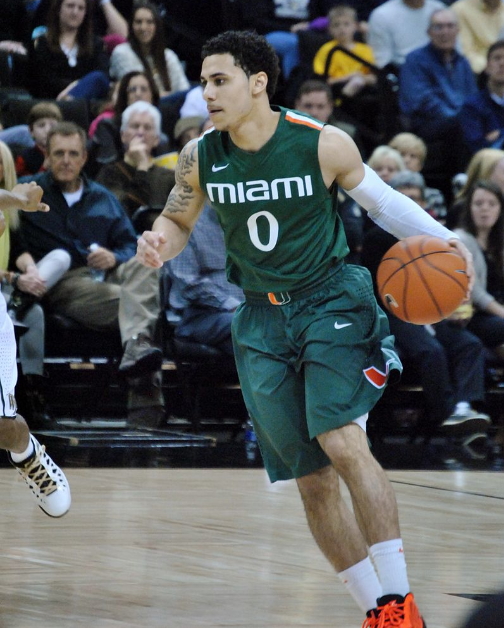 The biggest development in the Euroleague this season is Shane Larkin, son of baseball Hall of Famer Barry Larkin and former ACC Player of the Year for Miami. Out of nowhere, Larkin is the best player in the Euroleague.

Larkin has found an unstoppable three-point shot, of which he made 74 in 131 attempts (51 percent) during the first 25 games of the Anadolu Efes season. With shooting like that, Larkin leads the Euroleague with a scoring average of 22.0 points per game.

Larkin also has the league's top "Index Rating" a composite number posted on the Euroleague's website. By the lights of Index Rating, Larkin is at 25.74. The next best score is quite a ways back, Nikola Mirotic of Barcelona at 21.76.

After leading Miami to the Sweet 16 in 2013, his sophomore season, Larkin entered the NBA draft and went to the Atlanta Hawks with the 18th overall pick. From that moment, Larkin's pro career turned nomadic. The Hawks immediately traded him to the Dallas Mavericks and he broke his ankle during summer league. After splitting his rookie year between the Mavs and their D-League affiliate in Frisco, Larkin was traded to the New York Knicks.

Larkin lasted a year with the Knicks, then a year with the Brooklyn Nets, then played for a year in Spain for Kirolbet Baskonia. He averaged 13.1 points and 5.7 assists for Baskonia in the Euroleague, so that secured a one-year deal with the Boston Celtics for 2017-18.

But when that deal ended, Larkin wound up in Istanbul, signing with Anadolu Efes before the 2018-19 season. He broke in slowly with the team and wound up averaging 12.5 points per game. But he became the starting point guard late in the season and exploded at the end.

Larkin has quickly obtained Turkish citizenship and there is talk that he will end up on the Turkish national team. This year, Larkin's stardom has been confirmed and Anadolu Efes is making a bid for its first Euroleague title. The Istanbul squad is 22-3 in the league, three games ahead of Spanish stalwarts Real Madrid and Barcelona.

Anadolu Efes also is dominating the European traveling championship, snagging the title twice this season and holding it for 11 games. The second title, which has reached six games, remains active. 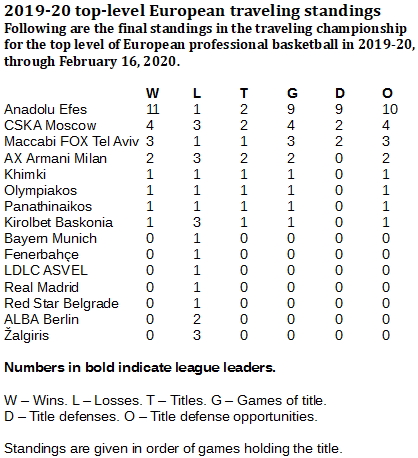 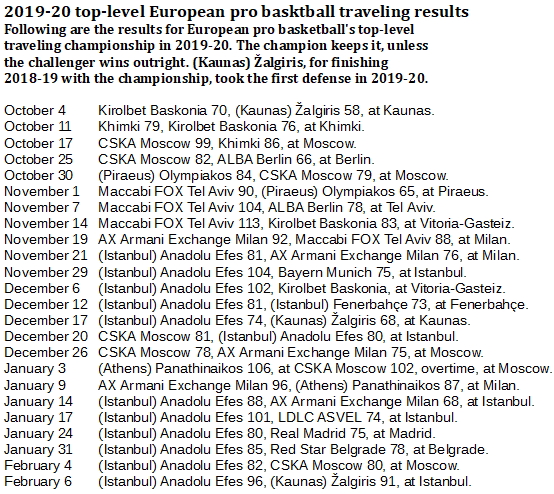