León holds lineal lead in Mexico, but not by much

As it often happens, the lineal championship in Mexican soccer is traveling frequently in 2019-20. León has the lead for this season, but it is precarious and the race remains wide open. 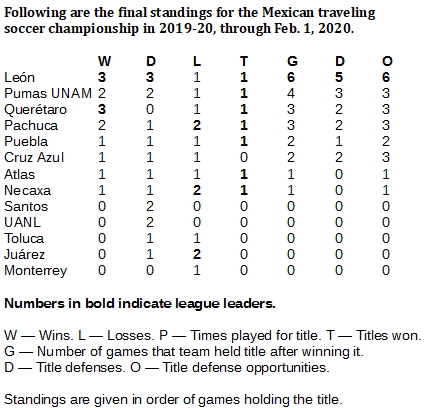 The linear soccer championship across Mexico in 2019-20 has been a pretty even affair, as is usually the case. At the start of February, it's still an open question which club will come up on top at the end of the season.
The leader, so far, is León, which pieced together a six-game championship in August and September.

The second-longest title run of the year is active. Pumas UNAM won the title on the first day of the Clausura, downing Pachuca, 2-1, on January 12. After four games of title, Pumas still has it.

UNAM had failed in five championship attempts going back to December 2015, the end of its only other title, a five-game affair.

With its six games of title in 2019-20, León has 19 all-time, shooting up to third place in the Mexican standings. Cruz Azul has the all-time Mexican lead with 30 games, including the first two games of this season. Club América is second-place historically with 20 games of the linear championship. 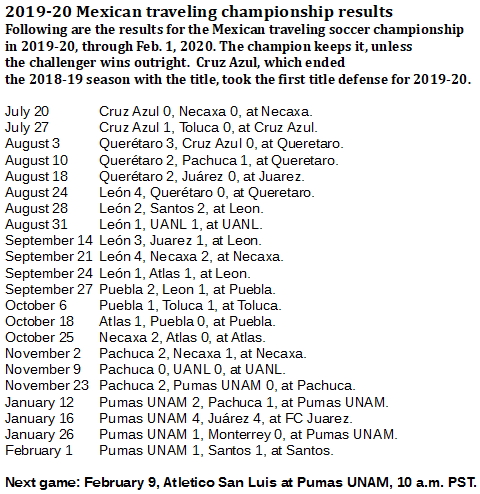