Liverpool is blowing through the Premiership, winning 24 of 25 games so far, and drawing the other. Now, the Reds suddenly have produced a huge lead all-time in the lineal championship. 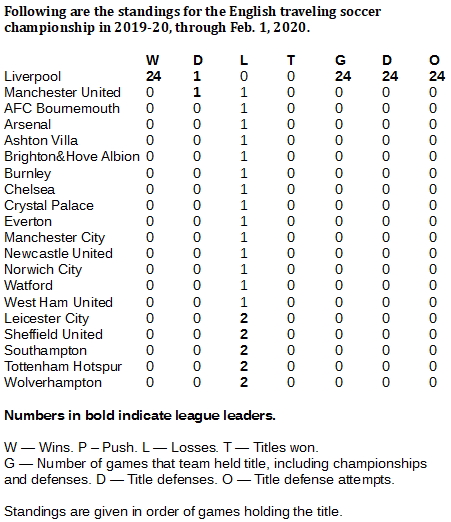 This season, the Reds are topping that, topping the Premiership, topping just about everything. Already, they have accrued 25 games of lineal championship in 2019-20, one more than last year's all-time record of 24 games. This year's 25 games is, in fact, the entire season, so far.

Additionally, the Reds ended 2018-19 with five games of title, bringing their new streak up to 30 games. In their first 25 games of the Premiership this season, Liverpool's only blemish is a draw against Manchester United at Old Trafford in October. Since then, Liverpool has won 16 consecutive games in the Premiership.

Put it all together, and Liverpool, well down in the standings through 2017-18, now is well above everyone in the standings. In these first five years of tracking, starting with 2015-16, Liverpool now has 53 games of title, blowing open its lead. The second-place team, Manchester City, has 25 games of title. 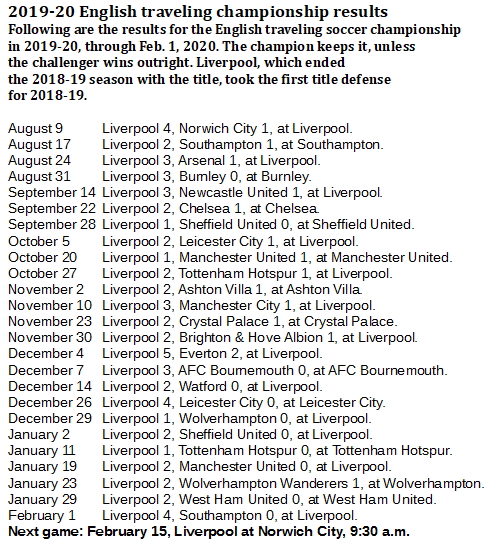